Europe's wildlife under threat from nitrogen

An international study published today warns that nitrogen pollution, resulting from industry and agriculture, is putting Europe's wildlife at risk. More than 60% of the EU's most important wildlife sites receive aerial pollution inputs above sustainable levels, the study says. 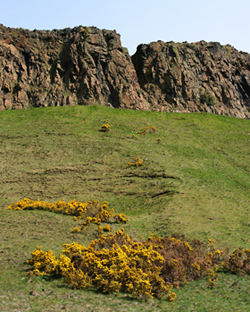 Nitrogen Deposition and Natura 2000 is published today at the Nitrogen and Global Change conference in Edinburgh. It provides evidence of impacts on semi-natural grasslands, heathlands and forests across Europe.

The study calls for a unified methodology of assessing the impact of aerial nitrogen pollution across Europe to help in efforts to safeguard significant conservation sites.

Dr Kevin Hicks, of the Stockholm Environment Institute (SEI) at the University of York, said, "While the nitrogen impacts on plant species are relatively well understood, its effects on other wildlife, such as butterflies, and the consequent implications for biodiversity are not so clear."

A team of scientists, conservation and environmental managers and policymakers from across Europe, coordinated by the SEI, reviewed evidence from across Europe. The study confirmed nitrogen deposition as a major threat to biodiversity in the Natura 2000 network established under the Community's Habitats Directive to safeguard important habitats and species.

The study follows the publication earlier this week of the first European Nitrogen Assessment (ENA).

Dr Mark Sutton, from the Centre for Ecology & Hydrology and lead editor of the ENA, said, "This new volume takes the essential next steps, building on the conclusions of the European Nitrogen Assessment. It highlights the great challenges faced in managing the threat of nitrogen deposition to Europe's flagship conservation network.

"Concerted action is now needed to link European conservation, air pollution and agricultural policies to ensure that the scientifically established damage thresholds are not exceeded."

The Stockholm Environment Institute at York coordinated the Nitrogen Deposition and Natura 2000 study in collaboration with the Centre for Ecology & Hydrology, the Joint Nature Conservation Committee and the Countryside Council for Wales, under the COST European intergovernmental network for cooperation in research. Some of the authors of the report are in attendance at the Nitrogen & Global Change conference in Edinburgh today.

More information on the study