The driest spring for over a century gave way this year to the wettest April to June on record, in a dramatic drought turnaround that highlighted the need to plan for extremes, the Environment Agency, Met Office and NERC Centre for Ecology & Hydrology (CEH) said at a special briefing today.

After two dry winters - which saw 20 million people issued with a hosepipe ban, 200 drought related environmental incidents and major roads cracking in the dry conditions - the heavens opened, river levels tripled and reservoirs went from their lowest ever levels to full or exceptionally high. Flooding hit almost every region of England and Wales from May to July, with some rivers such as the Devon Axe reaching their highest ever levels.

CEH has just published a briefing note on the 2010-2012 drought and its dramatic termination [PDF]. A comprehensive report on the transformation is currently being compiled.

Terry Marsh, from CEH, spoke at the briefing in London. He said, "The late spring and summer of 2012 have witnessed an extraordinary transformation in the water resource outlook. Dramatic post-drought recoveries have occurred before, most notably following the extreme drought of 1975/76, but sustained recoveries of this magnitude during the late spring and summer have not been seen before."

Christine Tuckett of the Environment Agency also spoke at the briefing. She said, "The weather extremes which we’ve seen this year, with widespread floods almost immediately following a long-term drought, have brought the importance of resilience into sharp focus. Taking action today to prepare and adapt our homes, businesses, and infrastructure is vital."

Since the start of May, the EA sent over 100,000 warnings directly to households and businesses to allow them time to prepare and protect themselves from flooding. Paul Mustow, Head of Flood Incident Management at the EA, said they were constantly working to improve their flood forecasting and early warning systems and improve flood defences. He urged people to find out if their homes were at risk from flooding and to sign up to the free flood warning service.

CEH develops flood estimation and forecasting tools such as the Grid-to-Grid model in support of the Flood Forecasting Centre for England and Wales and the Scottish Flood Forecasting Service. CEH also jointly operates the National Hydrological Monitoring Programme (NHMP) in conjunction with the British Geological Survey. NHMP scientists produce the UK Monthly Hydrological Summary which assesses rainfall, river flows, groundwater and reservoir levels. They also operate the National River Flow archive. The NHMP has a remit to analyse major flood and drought events in the UK and analyse long term trends in UK hydrological data.

CEH Blog: The future of UK floods and droughts (and the big climate change question) 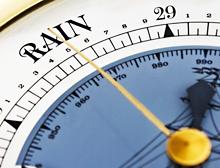