Fine spray from domestic showers and rivers has been shown as an exposure route to a bacterium implicated in Crohn’s disease development, according to new research. 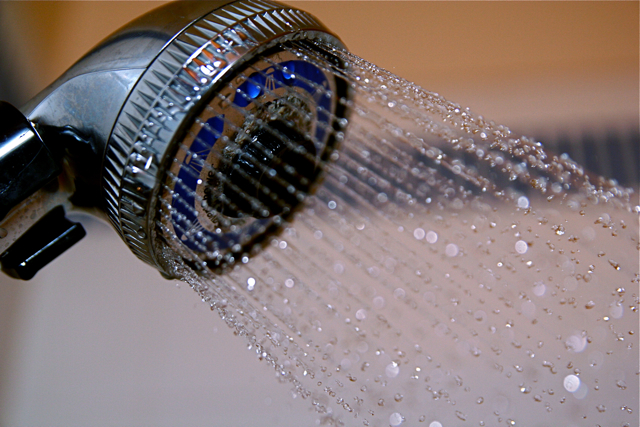 This preliminary study - published in Pathogens - provides evidence that fine water spray from both domestic showers and rivers is a human exposure route for bacterial pathogen, Mycobacterium avium subspecies paratuberculosis (Map). The bacterium is a causative agent of Johne’s disease in ruminants, particularly cattle, and is implicated with the development of Crohn’s Disease in humans. Both diseases are chronic inflammatory conditions of the intestine.

The team examined domestic showers from different regions in the UK and detected Map in three out of 30 independent samples, providing a route for human exposure by fine water spray.

In particular, the pattern of Crohn’s disease in Cardiff, which has one of the highest incidences of the disease in the UK, showed a significant association with the River Taff. Map bacteria were detected in one of five fine spray samples collected above the River Taff in Wales.

The researchers said it was possible that the significant clusters of Crohn’s Disease patients in Cardiff are, in part, due to inhalation of Map in fine water spray generated from the river and presented by the prevailing winds.

Dr Rhodes said, “We have previously hypothesized that aerosols from the river influences the epidemiology of Crohn’s disease. Having detected Map in river aerosols and domestic showers, this preliminary work has identified potential exposure routes to humans.”

In line with precautions against Legionnaires’ Disease, Dr Rhodes and his colleagues advise that, “showers should be run for a short period before use, particularly those that have not been used for a while.”

Inhalation has been shown as a route for the infection of cattle and lung involvement is well described in adults with Crohn’s disease; the disease in children often begins with a cough and a mild inflammation of the throat and lungs. Initial invasion via the oral route followed by Map’s substantial tissue tropism for the gut may result in chronic inflammation of the intestine.

Previous research, by the same team, has shown Map bacteria to be present in UK soils and rivers due to land deposition from chronic livestock infection and runoff driven by rainfall.