Almost three-quarters of UK butterfly species have decreased in population during the last decade, a major scientific report reveals today.

The findings by Butterfly Conservation and the Centre for Ecology & Hydrology (CEH) show 72% of species declined in abundance over 10 years and distributions of 54% of butterflies fell, many sharply.

The results, from The State of the UK’s Butterflies 2011 Report, provide further evidence that the European Union target to halt the loss of biodiversity by 2010 was not met.

But the report also reveals that intensive conservation efforts have started to turn around the fortunes of some of our most endangered butterflies.

The previously extinct Large Blue, since reintroduced, showed increases in population and range, while the Heath Fritillary has been brought back from the brink of extinction.

But ongoing declines have left the High Brown Fritillary and the Duke of Burgundy facing the very real threat of becoming extinct in the UK unless they benefit from further conservation work.

The report shows for the first time that the total number of common and widespread species fell by almost a quarter in 10 years, indicating underlying problems with the UK’s environment. Butterflies are seen as indicator species so these serious declines may represent a wider insect biodiversity crisis. The deterioration of suitable habitats is believed to be the main cause behind the declines.

Butterflies are seen as indicator species so these serious declines may represent a wider insect biodiversity crisis.

The report represents the first time that a 10-year assessment of both species distribution and population changes has been possible.

The Pearl-bordered Fritillary, High Brown Fritillary and Duke of Burgundy have shown the most significant declines during the last decade. The High Brown Fritillary’s population has fallen by 69% and its distribution has plummeted by 49%. The Small Tortoiseshell has also experienced an unprecedented decrease.

But some of the report’s findings are more encouraging. The Large Blue, declared extinct in the 1970s but re-introduced in the 80s, has benefited from targeted conservation work enabling it to spread out and form around 20 new colonies. Populations of the scarce Marsh Fritillary and the Small Blue have also increased with the help of conservation work.

Meanwhile, during the last decade, some species, including the Peacock, Comma, Speckled Wood and Ringlet, have continued to spread rapidly northwards in response to climate change.

Dr Martin Warren, chief executive of Butterfly Conservation, said: “We now have firm evidence that targeted effort can reverse the decline of threatened butterflies, so it is especially sad that these hard-fought gains have been put in jeopardy due to Government cutbacks in funding."

“Wildlife recovery needs more not less funding if we are to halt the loss of biodiversity and create a healthy environment for us all to live in.”

Dr Marc Botham, Butterfly Ecologist for CEH, said: "This new assessment highlights the huge contribution thousands of volunteer recorders make to long-term butterfly monitoring schemes. Without the dedication of these recorders it would be impossible to produce accurate and detailed assessments of how the UK’s butterflies are being affected by environmental change."

On a Wing and a Prayer: Reintroducing the Large Blue butterfly - 16 June 2009 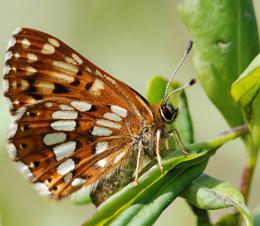 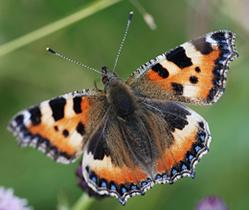