The National River Flow Archive, which is hosted by the Centre for Ecology & Hydrology (CEH), has contributed to a river flow dataset from over 4,000 river flow monitoring stations in 38 countries as part of a new study which suggests climate change has a real impact on flood events in some regions across Europe.

This is the first time a link with climate change has been shown at a large, continental scale using observations alone, as opposed to using computer simulation models. 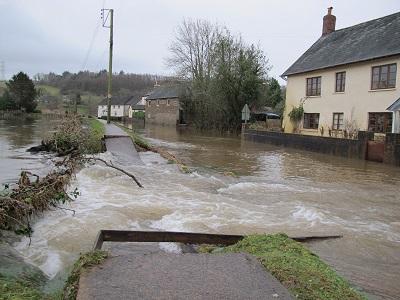 Jamie Hannaford, a principal hydrologist who leads the National Hydrological Monitoring Programme, and Dr Shaun Harrigan, a hydroclimatologist, joined a team of 30 European researchers who suggest that climate change has led to a shift in the timing of floods over the past 50 years. The study, published in the journal Science, found different patterns of change (some shifts towards later floods, and some earlier) across the continent.

The researchers suggest that floods in north-east Europe, Sweden, Finland and the Baltic states occur a month earlier than in the 1960s and 1970s, due to earlier snow melting associated with human-induced climate warming over this time period. In parts of the Mediterranean coast, flood events take place later in the season and this aligns with observed warming of the Mediterranean.

In the UK and Ireland and neighbouring parts of north-west Europe, a more complex picture emerged. Floods occur two weeks later in parts of northern Britain, western Ireland, coastal Scandinavia and northern Germany than they did 20 years ago. Researchers believe later winter storms may be linked to a modified air pressure gradient between the equator and the pole, which may also reflect climate warming, although natural variability in this pattern is also an important factor over this time period.

The study sheds light on the complexity of flood processes, as other parts of Britain (including southern England) and the Atlantic coasts of Western Europe now see ‘winter’ floods now typically occurring earlier towards the autumn, which may reflect the role of soil moisture, as maximum soil moisture levels are reached earlier in the year in more recent periods.

Dr Harrigan said, “This research highlights the need to consider the role of changing soil moisture dynamics, as well as extreme precipitation, in understanding how floods might change in future.” 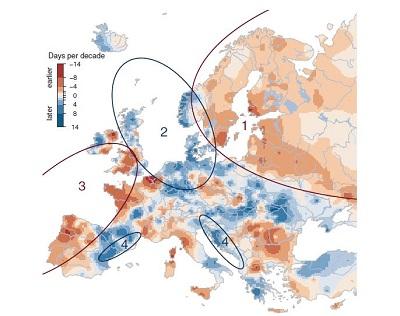 Mr Hannaford, who also recently authored a synthesis of the evidence for climate-driven river flow trends in the UK*, said, “This international collaboration has gathered together an unparalleled dataset, in terms of geographical scale and the sheer diversity of the rivers involved. It really underscores the value of the long-term datasets held on the NRFA and demonstrates their international reach.”

Professor Günter Blöschl, lead author of the study from the Vienna University of Technology, said, “The timing of the floods throughout Europe over many years gives us a very sensitive tool for deciphering the causes of floods.

“We are thus able to identify connections that previously were purely speculative.” 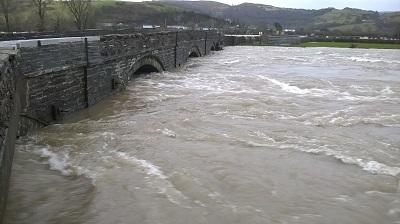 Flood timing is more sensitive to climate driven changes than other aspects of flooding, such as the magnitude of the peak flows. Generally, trends in peak flows associated with warming have remained elusive. For example, another recent international collaboration, which CEH led the European component of**, found little evidence for increases in flood magnitude across Europe and North America.

The new study***, which was funded by a European Research Council Advanced Grant award, highlights that if current trends continue ‘considerable economic and environmental consequences may arise.’ It states that catchments around the North Sea, for example, may see reduced agricultural productivity due to softer ground, higher soil compaction, enhanced erosion and direct crop damage.

The US Geological Survey issued a press release in respect of the Hodkins et al paper.