Every six years the British Hydrological Society hosts a major international symposium, bringing together hydrologists from the UK and overseas for a week-long conference to discuss relevant issues and challenges facing hydrology and related disciplines. 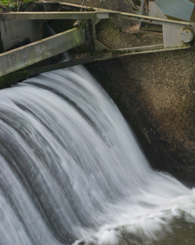 The 2010 International Symposium is being held this week in Newcastle in the north of England and Centre for Ecology & Hydrology scientists are well represented amongst the speaker list. In addition, CEH is supporting the conference organisers by convening a session on Water Resources Management.

During the symposium, Jamie Hannaford of CEH gave one of the event's three keynote talks, speaking on "The importance of hydrometric data in a changing global environment". Jamie leads the National River Flow Archive, part of the National Hydrological Monitoring Programme (NHMP), which CEH operates in conjunction with the British Geological Survey. NHMP scientists produce the UK Monthly Hydrological Summary which assesses rainfall, groundwater and reservoir levels. The latest monthly hydrological summary (for June), which recorded the notable rainfall deficiencies of recent months, was published on 15 July.

Eleven other CEH scientists are speaking at the meeting. Details of their talks are below:

The overall theme of the symposium is the "Role of Hydrology in Managing Consequences of a Changing Global Environment". Selected papers will form a Special Issue of the British Hydrological Society/ Nordic Association for Hydrology official journal - Hydrology Research. CEH has also contributed a stand to the technical exhibition area at the symposium.

Media enquiries should be directed to the CEH Press Office.