Pollination maintains biodiversity and supports other ecosystem services including soil protection, flood control and carbon sequestration. Ninety per cent of the UK’s wildflowers rely on insects for pollination. CEH research has underpinned schemes to create new pollen and nectar habitat in British farmland. 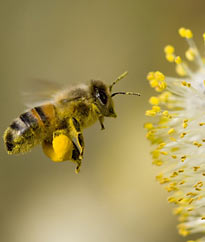 2010 has been declared the International Year of Biodiversity (IYB) by the United Nations and Saturday May 22 is the International Day for Biological Diversity (IBD). The aim of both IYB and IBD is to increase understanding and awareness of biodiversity issues. Biodiversity can be defined as the variety of life on Earth. It is essential for sustaining the natural living systems or ecosystems that provide us with food, fuel, health, wealth, and other vital services.

The Centre for Ecology & Hydrology (CEH) carries out a wide range of Biodiversity research. The organisation monitors changes in biodiversity both in the UK and elsewhere in the world, undertakes experiments to increase understanding of biodiversity mechanisms and processes, and helps to develop evidence-based management strategies for use by conservation groups and government departments and agencies.

CEH is involved in a number of special projects for IYB and IBD. These include the inclusion of the UK Ladybird Survey in the current BBC Breathing Places 'Do one thing' activity, staff involvement in a number of Bioblitzes, and the organisation of a major academic conference in London at the close of IYB this November which will look at the past, present and future of long-term biodiversity monitoring in the UK. 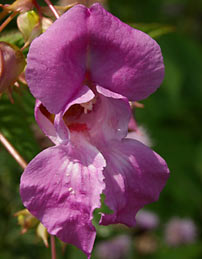 In addition to special activities related to IYB and IBD CEH is, of course, carrying on with our long running biodiversity research and monitoring programme.

Examples of ongoing CEH research include Countryside Survey, the benchmark for large-scale assessment of land use and biodiversity Britain. This repeated survey of sample areas of land across Britain has shown clearly the changes in both species and landscapes associated with developments in agriculture and forestry.

CEH also coordinates the Environmental Change Network, which carries out long-term monitoring at a range of sites across the UK, including monitoring the effects of climate change and air pollution on biodiversity.

CEH’s Biodiversity research is supported by a varied range stakeholders who range from volunteers who submit observations, such as recording the presence of species as diverse as the Harlequin Ladybird and the Muntjac Deer,  to agencies and governmental bodies which such as Department for Environment, Food and Rural Affairs (Defra), the Joint Nature Conservation Committee and Natural England.

We also play a key role in organisations such as the National Biodiversity Network, which brings biodiversity records together and makes them easily accessible to the general public.

International Day for Biological Diversity - 22 May

Radio 4's Saving Species series follows the work of CEH's seabird ecologists on the Isle of May in its 25 May episode.

Isle of May study and other Coastal Seas research

Further information on CEH research into invasive and non-native species