Birds and butterflies are tracking behind the northward shift of their suitable climates, a major new study has indicated. The two groups are also responding to climate change at different rates, which could affect future interactions between the species, such as where birds rely on butterfly larva as a food resource. 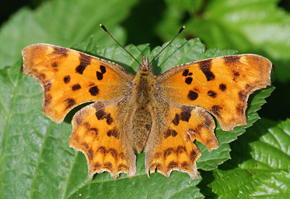 This inability to track climate change and the subsequent delay in species response to temperature change has been called “climatic debt”.

In a study published this week in Nature Climate Change, Vincent Devictor (CNRS, France) and colleagues, including David Roy of the Centre for Ecology & Hydrology, measured and compared the climatic debt accumulated by bird and butterfly communities at a European scale over two decades (1990-2008).

Their research shows that changes in European bird and butterfly communities were rapid but different, but that neither were adjusting their abundance as fast as the northward shift in temperature in Europe. The pan-European collaborative work, supervised by Frédéric Jiguet (MNHN) for birds, and by Chris van Sway (Dutch Butterfly Conservation) for butterflies, provides the first evidence that climate change is inducing an important climatic debt for these animals at a continental scale. Birds and butterflies have accumulated a 212 km and 135 km lag behind climate respectively, during the last two decades.

As a consequence of the variations in response to temperature increase, climate change could also be disrupting the important multiple interactions between species.

Measuring climate change impact on biodiversity is a difficult task and species are not equally at risk when facing change. The authors propose a simple method to map and quantify whether, how, and where, different taxonomic groups are affected by climate change for national or international level assessments.

The results are based on volunteer-based monitoring programmes, in which many people freely contribute to collect data of high importance for scientific research.  More than 1.5 million hours were spent by volunteers collecting the data used for this study. Data from the UK Butterfly Monitoring Scheme, which CEH coordinates with Butterfly Conservation, were among those used.

The paper (“Differences in the climatic debts of birds and butterflies at a continental scale”) was published by Nature Climate Change (10 January 2012, doi 10.1038/NCLIMATE1347)