For the UK as a whole, temperature and rainfall for December were near-average, but there were marked spatial contrasts and a wide range of weather conditions throughout the month. Westerly airflows brought strong winds and some heavy rain and snow falls, resulting in a wet December for the north-west, while in southern and eastern areas it was generally dry with sunshine well-above average. 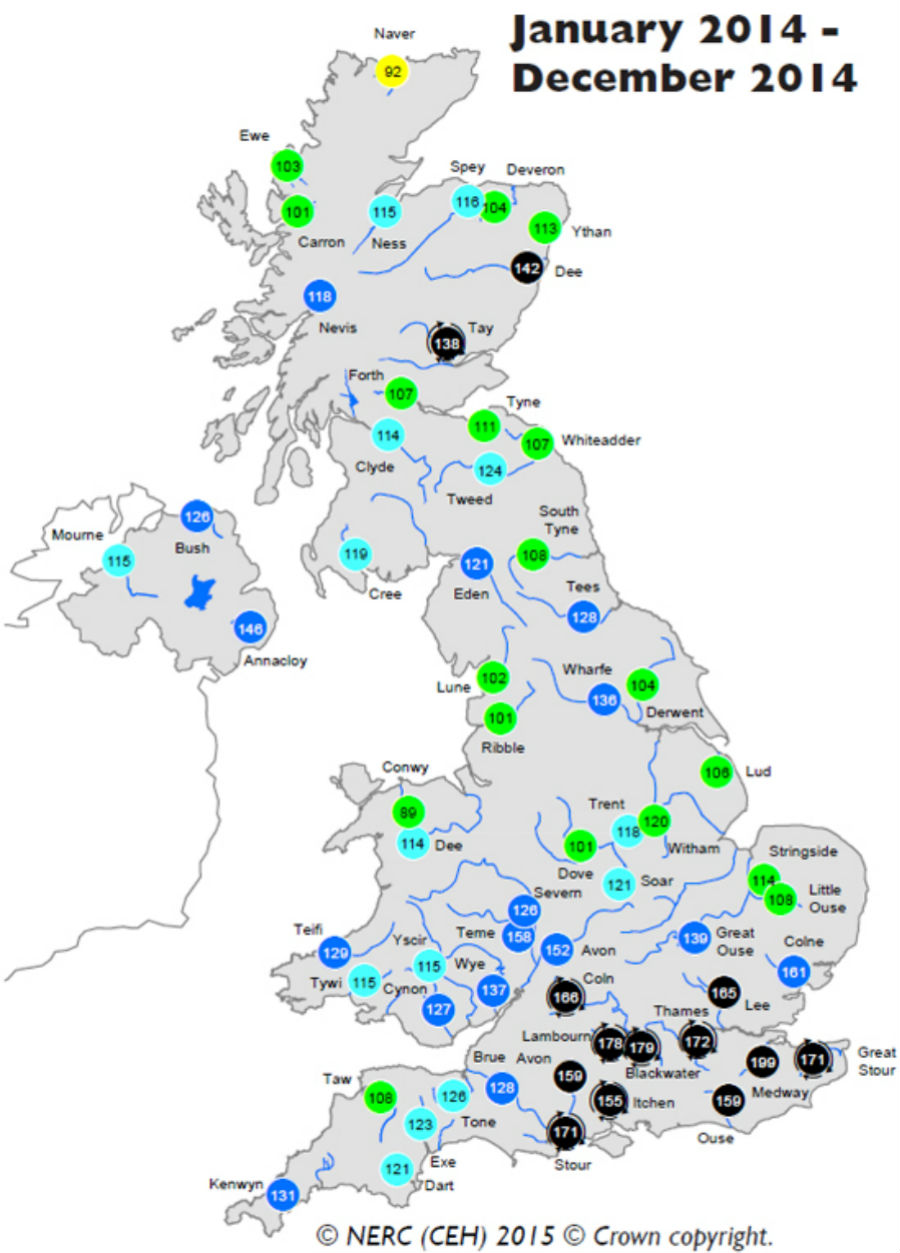 With mild airflows from the Atlantic, temperatures were often high for the time of year, but there were cold spells early in the month and during an anticyclonic episode in the last week, which brought the lowest minimum daily temperatures for 2014.

Summary author, Jamie Hannaford from the Centre for Ecology & Hydrology said, “While there were spates mid-month, river flows were fairly typical for December and groundwater levels were also mostly in the normal range or above, with recharge well established at most sites. Reservoir stocks were moderately above average at the national scale, with stocks reduced in a few impoundments due to drawdown for management purposes.”

Looking back, 2014 was exceptional in terms of annual averages. December was the 11th warmer-than-average month in 2014 (only August was below average), contributing to 2014 being the warmest year for the UK in a record from 1910 and, provisionally, in the Central England Temperature series from 1659. It was also the fourth wettest year (since 1910) for the UK; seven out of the ten wettest years have occurred since 1998. The notable annual rainfall total, and corresponding record annual runoff in some regions, reflects a disproportionate contribution from the exceptionally wet start to the year.

The monthly summary is a look back at hydrological events occurring in December 2014. Latest information on flood warnings is provided by the Environment Agency, Natural Resources Wales and Scottish Environment Protection Agency (flood warnings for Northern Ireland are not available).

A PDF of the full 12-page December 2014 summary can be downloaded here. 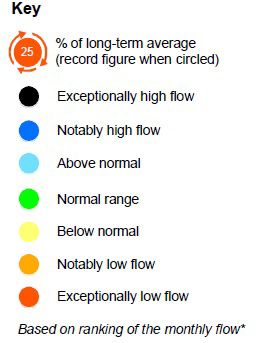