Queen ants make distinctive sounds inside ant colonies according to new findings published today in the leading journal Science. The study also describes how, by mimicking queen ant sounds, pupae and caterpillars of the endangered Rebel’s Large Blue butterfly trick worker ants into cleaning and feeding them in preference to their own offspring. The research was carried out by an international team from the University of Turin (Italy), the Centre for Ecology & Hydrology (UK), and the University of Oxford (UK).

Although fiercely defended by workers, ant societies can be infiltrated by social parasites which exploit their resources. One such parasite is the Rebel’s Large Blue butterfly whose caterpillars are carried by ant workers into the nest after initially feeding on the flowers of gentian plants. The caterpillars then acquire up to 98% of their ultimate weight within the host ant colony before forming pupae and turning into butterflies 11-23 months later.

Lead author, Dr Francesca Barbero from the University of Turin said, “Earlier research had shown that social parasites like the Rebel’s Large Blue caterpillar secrete semio-chemicals and use begging skills in order to infiltrate host ant colonies. Our new work shows that the role of sound in information exchange within ant colonies has been greatly underestimated, and that acoustical mimicry provides another potential route of infiltration for the 10,000 species of social parasites that exploit ant societies.”

Using recordings made with a specially manufactured microphone, the research team played back the calls of Rebel’s Large Blue caterpillars to nests of its host ant workers. The results demonstrate that once an intruding caterpillar has been admitted and accepted as a member of the host ant society (through chemical mimicry), the mimicking of adult ant acoustics (particularly of queens) allow it to advance its seniority towards the highest attainable position in the colony’s hierarchy.

Co-author Dr Karsten Schönrogge from the Centre for Ecology & Hydrology (CEH) said, “Our experiments showed that in response to the caterpillar’s sounds, the worker ants protected them in a similar way to how they protect their own queens. The use of these distinctive signals reinforces a higher social status for both queen ants and the Rebel’s Large Blue caterpillars. This higher status becomes vitally important to survival when food is short.”

Earlier research at CEH by co-author Professor Jeremy Thomas had concluded that when an ant colony is disturbed, the caterpillars are rescued by the worker ants in preference to ant larvae. Moreover, if food is scarce, nurse ant workers killed their own brood and fed it to the social parasite.

Due to habitat changes, the Rebel’s Large Blue butterfly has become an endangered species. It is restricted to a few meadows within mountainous areas of Europe where a specific type of ant co-exists with the gentian plants needed by the young caterpillars.

Professor Thomas, now at the University of Oxford, said, “This study is the final piece of the jigsaw towards understanding how the Rebel’s Large Blue caterpillars can out-compete their host ant’s larvae. The new findings will play a key part in designing a successful science-led conservation strategy for this fascinating species. Any such strategy must be based on an excellent understanding of the intimate interactions between the butterfly and its ant host. There is also an urgent need to investigate whether acoustical mimicry has evolved among other, rare, social parasites that infiltrate and exploit ant societies.

Media enquiries about this work should be directed to the Centre for Ecology & Hydrology press office. A press release was issued to accompany the publication of this paper.

This work was carried out at the UK Centre for Ecology & Hydrology during 2005 and 2006 by a team of five scientists from the UK, Germany and Italy. The research is published on 6 February 2009 in the journal Science. The paper reference is:

Dr Karsten Schönrogge is based at the Centre for Ecology & Hydrology in Wallingford, UK.

Professor Jeremy Thomas is Professor of Ecology at the Department of Zoology of the University of Oxford, UK, and a Professorial Fellow of both the Centre for Ecology & Hydrology, and New College, Oxford.

This inspiration for this study came from an earlier scientific collaboration between Professor Phil DeVries (University of New Orleans, USA) and Professor Thomas, and research carried out within the EU Framework 5 project ‘MACMAN’. The study received funding from the Natural Environment Research Council and the University of Turin.

Research on Mimicry of Ants by Social Parasites by Dr Karsten Schönrogge. 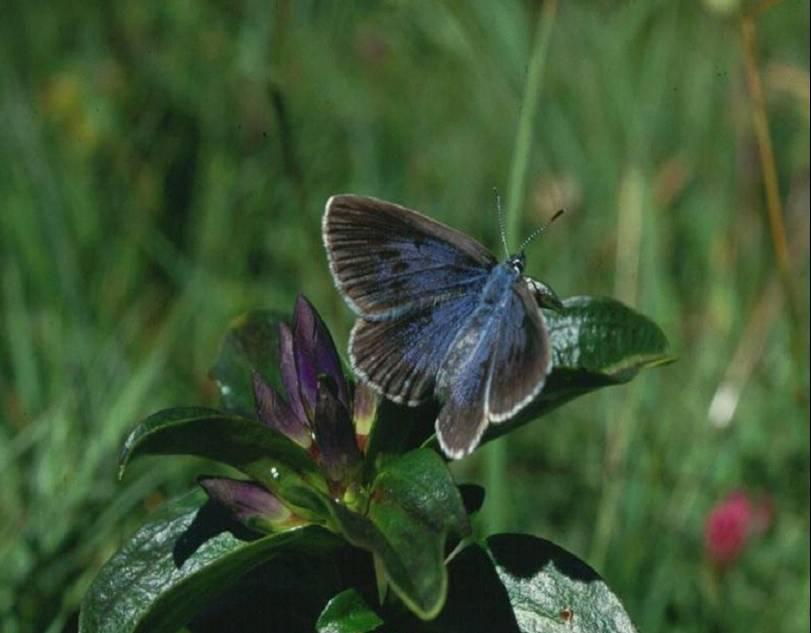 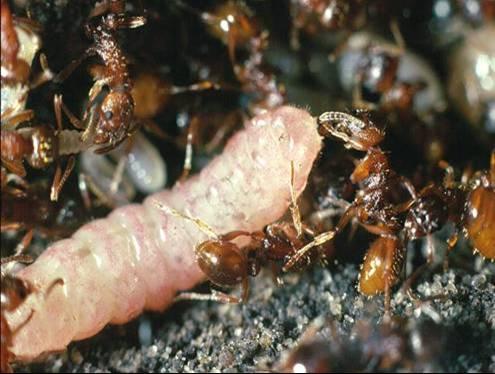 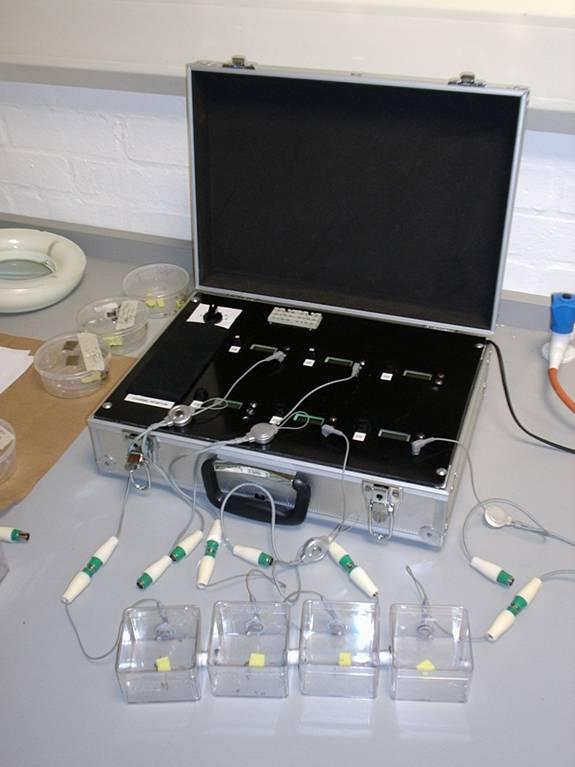