Professor Bridget Emmett is the lead for Soil research at the Centre for Ecology & Hydrology. She was appointed as the specialist adviser to the Environmental Audit Committee’s Inquiry on Soil Health which ran from March to May 2016. Her role was to provide assistance and feedback to the Committee team in its preparation of background briefs and the inquiry report, and provide general ad hoc advice to the Committee and its staff on matters relating to the inquiry. Bridget explains more about the inquiry below: 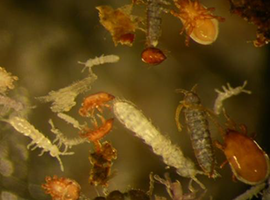 In December 2015, MPs on the House of Commons Environmental Audit Committee (EAC) launched an inquiry into how soil health can be better measured and managed. The Inquiry was triggered by concerns that soil degradation was impacting on agricultural production with wider detrimental impacts on water quality and biodiversity despite the publication of a Soils Strategy by Defra in 2009. Concern was further raised due to the collapse of the long-tabled Soil Framework Directive by the European Commission.

Submissions on the following issues were requested and 78 responses were received from a wide range of organisations and individuals from the farming, conservation, environmental and academic communities across the UK:

The submissions the EAC received highlighted that soil, water, biodiversity and air are all essential to human life and society—but of these four, soil was often the forgotten component, ie the ‘Cinderella’ of our natural resources. Contributors described soil as crucial to agricultural production, climate change mitigation and adaptation, urban development, and flood risk management. It is home to a quarter of earth’s biodiversity (Figure 1) and grows slowly, taking around 100 years to grow 1cm of topsoil.

Any losses are therefore hard to replace. UK soils are relatively young, having been formed around 10,000 years ago after the last ice age. Neglecting the health of our soil could lead to reduced food security, increased greenhouse gas emissions, greater flood risk, and damage to public health.

...Soil, water, biodiversity and air are all essential to human life and society—but of these four, soil is often the forgotten component, the ‘Cinderella’ of our natural resources.

Some statistics the Committee heard included:

Contributors described soil as crucial to agricultural production, climate change mitigation and adaptation, urban development, and flood risk management. It is home to a quarter of earth’s biodiversity and grows slowly, taking around 100 years to grow 1cm of topsoil. Any losses are therefore hard to replace.

Defra’s key lever for ensuring protection of soil health is the cross-compliance rules for Rural Payments Agency payments. These rules, revised in 2015, require that those in receipt of payments keep their land in Good Agricultural and Environmental Condition (GAEC). There have been no breaches of cross-compliance for loss of soil organic matter since 2015, suggesting the policing of current policies is not working even though this control policy was described to the Committee by one witness as a "damage limitation policy at best".

More proactive approaches in Wales were described to the Committee which went beyond protection measures to incentives to farmers to improve soil health.

In response to this evidence, the Committee made the following recommendations in their report to Defra: 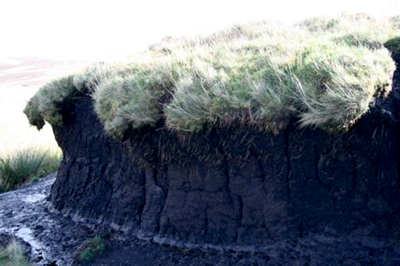 Since these findings were published in May 2016, a Westminster Hall debate initiated by the Committee has continued the call for action to better protect and improve soil health and a response by the government has been published.

CEH continues to work with the soils research community to provide robust evidence of ongoing change in soil health, the wider implications of these changes, and practical solutions which can be exploited by government and land managers to improve and protect this valuable resource.