On Wednesday 6th January four scientists from the Centre for Ecology & Hydrology (CEH) gave an hour-long background briefing on the science behind flooding. This wasn’t a news briefing, there was no new data or report published on the day, it was simply an opportunity for journalists to question flood science experts. At the start of the briefing Professor Alan Jenkins who is Director, Water and Pollution Science and Deputy Director of CEH introduced a number of key hydrological principles to get the discussion going. This blog post outlines the key points made at the start of the briefing. A subsequent post will cover the long discussion during the briefing covering the effectiveness of Natural Flood Management techniques such as tree planting, creation of woody debris dams and changes to upland management practices.

Professor Jenkins started by saying, “The introduction won't take very long, and this is not meant to be controversial, these are a few statements that we're happy to take questions on, and I'm sure there will be a lot of questions about them, but they're really here to stimulate. And they're really to give some perhaps rather bold statements about where hydrological science is on the current flooding issues.”

“The Centre for Ecology & Hydrology is probably the largest hydrological research centre in the UK, we have a very long CV in floods research. So we're here to try to establish some of the hydrological issues and facts that we see around the flooding problems that we've had recently, and perhaps going further back.”

He went on to outline several key points on flood science, summarised as follows:

Point 1 - Heavy rainfall and snow are a meteorological phenomena, and they're drivers of flooding. They're subject to atmospheric and global driving forces which are very complex. The science of river flow and water movement on the ground is in fact the science of hydrology. Hydrology at large catchment scale is an extremely complex mixture of natural and man-made water processes, pathways and storages.

Point 2 – There will always be another bigger flood somewhere, sometime. So, as unprecedented as our last set of floods have been, there will be another one. We don't know whether that flood, however, is going to happen next month, next year, next millennium, but big events, further big events, are going to happen. Realistically, there is nothing that can be done to prevent flooding everywhere at all times.

Point 3 - It’s also true that next flood, if indeed it's a bigger one, or whether it's a slightly smaller one, it will undoubtedly not have the same characteristics as the floods that we’ve just seen, which in fact are very different from the floods that we saw in the summer of 2007, the winter of 13/14, every flood event is different. And that's due to the nature, of course, of that complex land surface that we're dealing with, and the complex meteorological situation.

Point 4 - The flood events of course depend on the time of year in which the rainfall occurs, the flood risk or the flood impact depends upon the peak of the flow, depends upon the duration of the flow, depends up on the duration of the rainfall, it can depend upon snowmelt, it depends upon catchment wetness or the antecedent conditions as we call it. It also depends on those man-made structures, the flood management infrastructure, the operation of that flood management infrastructure, random factors such as whether there's debris in the system where the channels are blocked. All of these things make an impact on the flood extent and the severity of the flood situation.

Point 5 - Realistically we believe there's nothing that can be done to prevent flooding everywhere at all times. And that's a rather important point which we believe should be understood. I want to also say that there's very little published scientific evidence that the recent extreme flooding is worse due to the impacts of the management of the uplands.

Point 6 - We are absolutely convinced that there is weighty scientific evidence that the recent extreme rainfall has been impacted by climate change. But there is less compelling evidence that we can find in the historical record to date that that climate change impact, the change in the rainfall and the change in the global temperature, is manifest in terms of flooding at any one point, or perhaps even across the UK. Again, a subject we can discuss. Absolutely no doubt about the climate impact on the heavy rainfall and the frequency of the rainfall.

Point 7 - There are many things that we believe can be done to mitigate floods, to stop floods happening or to reduce flood impact. All of these things, some of them perhaps are manmade or will be manmade, or perhaps they won't be manmade, some of them potentially are more natural, rewilding of the environment which has been suggested in many places over the last few weeks. All of them will work to some extent in some location. But hydrologically it's unlikely that any one of them will work to the same extent everywhere, or will provide a panacea for protecting all communities, all sites, against flooding. 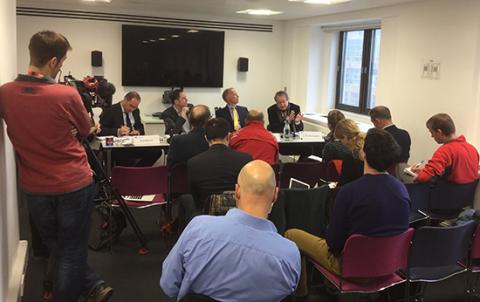