Recent graduate Anna Feeney is currently working at CEH, helping us to prepare content for our new website (more on that in the New Year!). Anna has been getting to know our science by reading some of the recent peer-reviewed outputs authored by CEH scientists. Here she describes one paper which caught her eye:

“A new paper recently published in the journal Climatic Change explores some future climate change scenarios, and translates projected changes in meteorological conditions into a range of different impacts that might affect the day-to-day lives of millions of people.

The work was led by Professor Nigel Arnell from the University of Reading. It uses a “pattern-scaling” technique to capture the main features of available climate models from around the world including the IMOGEN model developed by CEH’s Dr Chris Huntingford, who is also a co-author of the article. The research team used 21 climate models and four possible socio-economic tracks to examine a whole host of sectors such as water resources and agriculture.

According to the authors it is potentially one of the most multi-dimensional, wide-ranging studies into climate change impacts to date.

The four socio-economic pathways represent potential future societal habits, each taking into account possible changes in consumption patterns, socio-economic behaviour and corresponding levels of carbon emissions. After combining this information with the 21 different climate change models, changes to climate could be estimated at regional levels at three different milestones: 2020, 2050, and 2080. 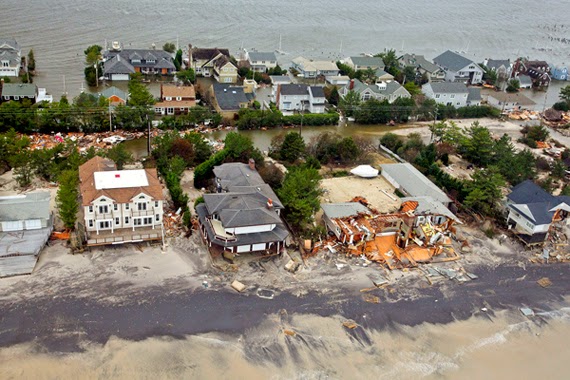 Under one projection for 2050, a sea level rise of 12-32cm is projected which could lead to about 450 million people potentially struggling with increased river flooding, about 1 billion other people possibly feeling increased water stress, and each year an extra 1.3 million of those living near the coast could be flooded.

The authors conclude that a planet that is on average 2.2C warmer would mean that more energy would be consumed in cooling efforts, although that increase in consumption would be offset by reduced need for heating during the colder seasons. Of particular note is that most areas would experience a fall in crop productivity, with implications for the global food supply chain.

A striking conclusion of the report is that, for many impacts, differences between driving climate models are actually more significant than the difference between the socio-economic forcing scenarios. This is mirrored in the IPCC reports, where although all models agree on at least some level of global warming, when it comes to expected changes in rainfall patterns (a key determinant for many impacts of concern) there are large parts of the world with very little agreement. It is hoped that increased data availability will be able to narrow down predictions of global water systems and that the overall uncertainty will eventually become much smaller.

For the present at least, however, adaptation policy determining how to live with climate change will have to keep in mind the complex nature of climate models and their current uncertainties, as well as the multiple potential scenarios based on how much fossil fuel is burnt in to the future.”