"This dataset will aid hydrological analysis and water management in the UK by providing a consistent, nationwide framework for segregating river catchments into component parts. It also serves as a reference list of major river names and, by indicating which units are connected, it can be used to trace the flow of rivers across the country. 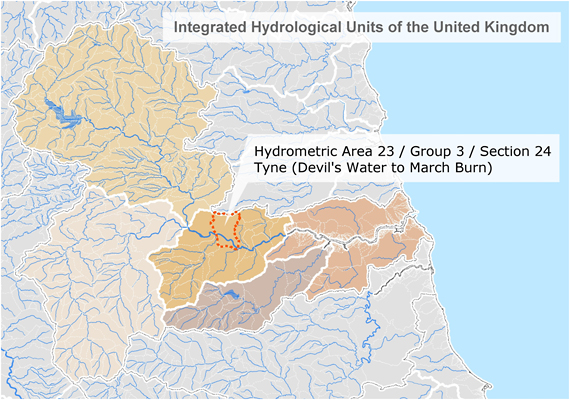 Researchers and organisations working to improve catchment management have already expressed interest in the dataset which we believe will become popular in the water industry and wider hydrological science community, thanks also to an open data licence.

Historically, Hydrometric Areas were the primary reference units used by the NRFA to manage hydrometric data in the UK. IHU is a new release of the Hydrometric Area definition supplemented with finer scale units, all derived using the CEH Integrated Hydrological Terrain Model. Plans are being developed to utilise the IHU to help users explore other datasets produced by the NRFA and CEH’s Environmental Information Data Centre."

The dataset is available on the EIDC Hub.