The 11th INTECOL Congress, the world's largest international ecology meeting, comes to London next week (18-23 August 2013) as part of the centenary celebrations of the British Ecological Society, and Centre for Ecology & Hydrology scientists and PhD students will be there! 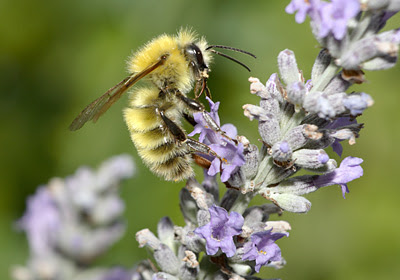 The theme of this year's Congress is "advancing ecology and making it count". It's a very significant event: the ecological science to be presented covers everything from aquatic ecology to island biogeography to species interactions, through a series of 43 symposia, 31 workshops, 56 oral sessions, 11 plenary talks, 500 posters, as well as social events and scientific trips. More than 2000 ecologists from 67 countries will be attending. Details of all the sessions can be found on the INTECOL website or with the very useful app produced for the conference.

We highlight just some of the CEH participants below to give a little taste of our own ongoing research in the field of ecology.

Stephen Thackeray, a lake ecologist based at our Lancaster site, is among those scientists who will deliver a keynote talk in one of the symposia. Stephen, who is currently coordinating the NERC-funded phenology project "Shifting seasons, climate change & ecosystem consequences", will present on Friday on trophic asynchrony: definitions, drivers and consequences in aquatic and terrestrial systems. The phenology symposium looks at perspectives from ecosystems across the International Long Term Ecological Network.

Busy both organising and presenting during the week is ecologist Matt Heard. Along with Adam Vanbergen of CEH, who is science coordinator of the Insect Pollinators Initiative, and Simon Potts, University of Reading, Matt has organised a symposium for Thursday entitled "Threats to an ecosystem service: evaluating multifactorial pressures on insect pollinators". The keynote at the symposium will be delivered by Claire Kremen of the University of California.

During the symposium, Matt will present results from a project led by Claire Carvell of CEH that is aimed at helping to understand the effects of land management and habitat structure on bumblebee behaviour and colony dynamics. Additionally, Matt is involved in a separate session on Wednesday on the theme of agricultural ecology, when he will talk about how agri-environment scheme management enhances wildlife diversity and abundance at different scales.

Michael Pocock, co-author of the recent Guide to Citizen Science, is organising a workshop on citizen science to take place on Thursday afternoon. This will give participants the opportunity to hear about some of the leading technologies in citizen science and to try out some for themselves, maybe even be inspired to collaborate on some new ideas. Michael, who co-leads the Conker Tree Science project and who researches the complexity of ecological networks, will also be presenting a talk in a separate session that will look at the diversity of environmental and ecological citizen science. 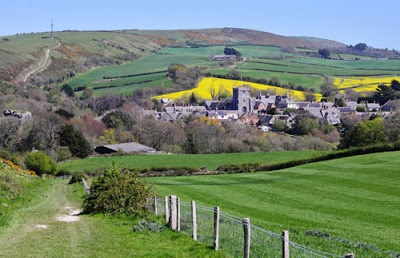 Helen Roy, coordinator of the UK Ladybird Survey and another co-author of the Guide to Citizen Science, will also be involved in the workshop. Helen also has a separate talk on scanning for aliens in a session on invasive species which she will also chair.

Other CEH scientists presenting throughout the week include Owen Mountford on assessing the quality of agri-environment agreements, Ed Rowe on predicting effects of nitrogen pollution on soils, Danny Hooftman on mapping ecosystem services and biodiversity, Tom Oliver on impacts of climatic extremes, Gary Powney on species distribution change, Rosie Hails on population dynamics and Nick Isaac on trends in the status of UK biodiversity.

Importantly, an event like INTECOL also gives the opportunity for a number of our PhD students to present details of their projects in both talks and poster sessions. Those giving talks include Philip Martin, CEH and Bournemouth University, who will present "Carbon pools recover more quickly than plant biodiversity in tropical secondary forests", and Andrew Cole, CEH and Lancaster University, who will present on climate change and plant diversity effects on grassland function.

Good luck to everyone taking part, especially those who are travelling long distances to share details of their work. If you're not at INTECOL itself, keep your eyes peeled for press coverage of some interesting new science. Meanwhile, the hashtag to follow on Twitter is #INT13.