Isle of May breeding success

Mark Newell, Isle of May Field Manager, reports on a successful 2017 season for the main study species

With the final checks completed by the Centre for Ecology & Hydrology (CEH) after the 46th season on the Isle of May we can now reveal the state of the breeding season.

The 2017 season proved to be successful for all the main study species. With CEH present on the isle continually for 3 and a half months we monitor the seabirds on a daily basis identifying just when any failures occur and establishing the effects of any extreme weather. 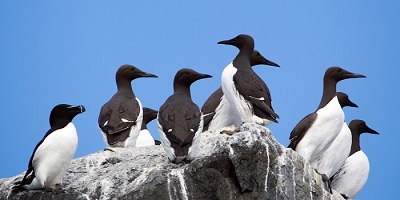 The Isle of May was hit by a severe westerly gale and a particularly wet period in late June but neither had a dramatic effect on the breeding success of any of the study species. 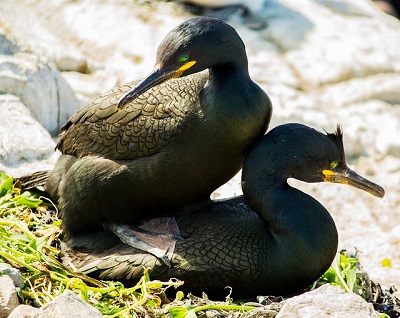 In addition to recording the breeding success of the seabirds CEH mark a sample of birds with a unique combination of colour rings and by spending hours and hours searching for them each season we are able to ascertain the proportion of the population that return each year. This complements the all-isle counts carried out by Scottish Natural Heritage (SNH) and goes some way to explaining the varying population changes. 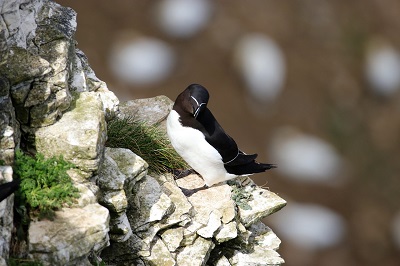 The high return rate of kittiwakes helps explain the increased 2017 population count carried out by SNH. The 2016 return rate was also very high suggesting that the lower population count that year was due to a proportion of the birds being present but choosing not to breed.

Coupled with the high breeding success of the last few years there maybe signs that kittiwake numbers on the Isle of May could increase again in the next few years as those young are recruited into the population.

Why was 2017 such a productive season?  Food supply is a likely cause and analysing samples obtained this year is currently ongoing.  For those results watch this space.

For more information on CEH’s scientific work with seabirds see the ‘Isle of May Long-Term Study’ webpage or the YouTube video CEH Seabird Research on the Isle of May below.

You can also read more about the state of the breeding season from David Steel, Scottish Natural Heritage Reserve Manager for the Isle of May who has also written a blog post.