Today is the International Day of Biological Diversity and this year's theme is Water & Biodiversity. CEH undertakes a huge amount of research and monitoring to understand the pressures on freshwater biodiversity and its crucial role in delivering benefits to nature, society and the economy. These benefits are not always obvious, but one of our most significant long-term monitoring sites, Loch Leven, at Kinross in Scotland, provides some interesting examples, including a case just this month when the largest brown trout ever recorded as being caught on the loch was landed, beating a record that had stood for more than 100 years.

The historic event coincided perfectly with an international meeting at the site to discuss the benefits of biodiversity in delivering ecosystem services.

News of improved angling at Loch Leven has been spreading across the world in recent years and this record catch is likely to attract even more visitors to the area, with consequent economic benefits both to the fishery and other businesses such as local hotels.

Importantly, this record catch reflects wider improvements in the biological health of the lake as a result of reductions in phosphorus pollution from surrounding industry, sewage and agriculture. Other improvements includes fewer algal blooms, the return of sensitive plant species and an increase in aquatic birds that feed on the plants, such as the pochard. 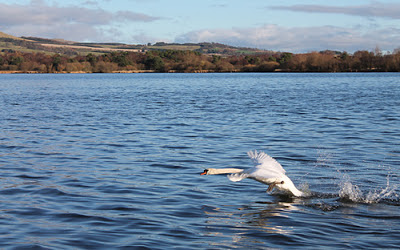 CEH has collected data at Loch Leven since 1968 - it is one of more than 30 lake and river sites contributing biodiversity data to the UK Environmental Change Network, managed by CEH. Scientists at CEH have used this information to help identify the main causes of water quality problems at the site. Loch Leven is an excellent example of a lake that supplies a wide range of ecosystem services, including water supply, tourism and the fishery, as well as being an important wetland biodiversity site, supporting nationally and internationally important populations of wildfowl.

The benefits of managing ecosystem services better is precisely what the meeting in Kinross was focused on. Project teams from two major EU-funded research projects on this topic, OpenNESS and OPERAs, were there to discuss how to ensure that scientific knowledge on ecosystem services and natural capital is used by land managers, businessmen and policymakers to generate sustained benefits for nature, society and for the economy. One area of collaboration between the projects will be a joint pool of 35 case studies across the globe. CEH are leading two case studies in the OpenNESS project, one at Loch Leven and one examining the Cairngorms National Park.

What you can do to help our freshwater biodiversity research: