Each week BBC Radio 4's The Long View uses a variety of expert witnesses to examine stories from history that resonate in today's headlines.

Later this month, CEH will host more than 100 distinguished hydrologists who will spend a day taking the 'long view' of the data collection and research work of the UK's National River Flow Archive (NRFA) and National Groundwater Level Archive (NGLA), both of which have been hosted at our Wallingford site since the early 1980s, but which contain records dating back to the first half of the 19th century. 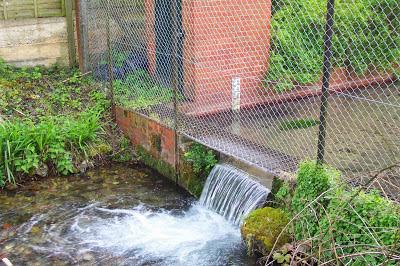 The 30th anniversary celebration of the Wallingford move, to be held on 22 October 2013, will review the achievements of the archives and the exploitation of this rich hydrological data resource by a broad user community, which includes regulators such as the Environment Agency, water companies, academic scientists, and environmental and engineering consultancies. The data has also made its way into several scientific papers referred to in the recent IPCC WG1 assessment.

In addition to river flow and groundwater level data, rainfall records and reservoir levels are also held in the archives and the incredible dataset has allowed CEH and BGS scientists to produce a variety of key publications examining both hydrological trends – for example, Are UK floods getting larger? – and the significance of one-off events, such as the 1976 drought. Comparisons between the latest data and the historic record also provide the backbone of the UK's monthly hydrological summary.

Whilst delving through the archives in preparation for this post, I came across this fascinating history of hydrological monitoring before 1985 [PDF], which details how, although Britain has a three centuries-long history of rainfall recording, river flow monitoring only became 'fashionable' after the second world war as industry and government increased their demand for water. The work to establish a national river flow gauging network in the 1950s and 1960s built on a small number of sites that had been established over the previous century, including Wendover Springs in Buckinghamshire - thought to be the earliest extant stream flow monitoring site in the UK.

On the day itself, presenters will look back at how hydrometric monitoring developed in the UK, in response to factors such as the perceived increase in water requirements. They will also examine some of the latest techniques for both monitoring the UK's water cycle, investigate how monitoring and the archive might develop in the future, and tackle the difficult question of what data should we be archiving nationally, given the resource constraints imposed by the current financial situation. In summary, they will take a 'Long View' of a data archive from one of the UK's major environmental monitoring networks, an archive which is particularly important because the UK climate is inherently variable, so short-term tendencies may well not be indicative of long-term trends.

Flickr: Album of historic images from the Plynlimon catchments

If you're interested in learning more, take a look at the NRFA web pages, where you can find reams of information on how monitoring takes place and how the data is used, and you can also download data for more than 400 of the UK's river flow gauging sites. Information about the records and details of scientific papers which have used the records can be found on the NRFA publications pages.