Coinciding with publication today of the scientific review of the Winter Floods of 2015/16 in the UK, we sat down with Nick Reynard, the Centre for Ecology & Hydrology’s Science Area Lead for Natural Hazards to discuss subsequent flood science developments: 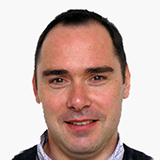 Q1) The 2015/16 floods were clearly a major event. What influence did they have on the type of research CEH carries out?

In January 2016 following the floods a panel of four scientists from CEH, which included myself and Professor Alan Jenkins, Director, Water and Pollution Science and Deputy Director of CEH, explained the science behind flooding at a press briefing at the Science Media Centre in London.

The focus of the questions from journalists was the role of climate change and whether natural flood mitigation measures might have helped reduce flood peaks. This led CEH to initiate a number of research programmes in 2016 that included:

In addition to these programmes CEH, as part of the Science Advisory Group to the government’s National Flood Resilience Review, undertook some national flood estimation analyses and advised on the modelling methodologies used in other parts of the group’s work.

In recent years the UK has experienced some particularly extreme flood events with 2007 at the time seeing the most serious inland flooding in 60 years. While the winter of 2013/2014 remains the wettest winter on record for the UK, the November 2015 – January 2016 rainfall established a new three-month maximum for that timespan resulting in  one of the most extreme and severe hydrological events of the last century. Furthermore, December 2015 was the wettest and, on average, the warmest on record in the UK, in records going back to 1910. 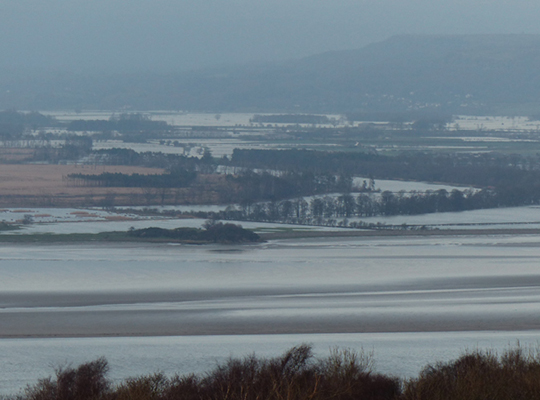 So with storms getting more frequent and severe, the question ultimately centres on the link between climate change and floods and whether there are any emerging trends.

There’s no doubt that the UK has become significantly warmer over the last few decades and the link with anthropogenic emissions is unequivocal. However, speculation that flooding is increasing due to climate change is a very difficult question to answer.

"With storms getting more frequent and severe, the question ultimately centres on the link between climate change and floods and whether there are any emerging trends." Nick Reynard, Centre for Ecology & Hydrology

CEH scientists took part in research led by colleagues at Oxford University which suggested that human-induced climate change did increase the risk of severe storms like those that hit the south of England in the winter of 2013/2014 – which led to devastating flooding.

The research found that the increase in extreme rainfall was caused by two factors associated with global warming. Firstly, an increase in the water-holding capacity of the atmosphere determined by the thermodynamic factor. And secondly, that more January days with a westerly air flow was directly attributed to the ‘dynamic’ factor.

Nevertheless, it is still hard to attribute any event or cluster of events to anthropogenic climate change using observational records alone and we simply don’t yet know whether the clustering of recent floods is due to such variability or anthropogenic warming.

Q3) How does CEH research help with flood estimation and forecasting in the UK?

CEH has over 40 years’ experience in developing a range of data products, tools and models for estimating flood frequency across river networks. Our solutions, encapsulated in the Flood Estimation Handbook and associated web service underpin effective flood protection of houses, businesses and critical infrastructure such as transport networks, bridges, energy and water supply systems.

The CEH Grid-to-Grid (G2G) hydrological model lies at the heart of the flood forecasting systems used by the Flood Forecasting Centre for England and Wales and the Scottish Flood Forecasting Service, providing forecasts of river flows driven by a range of rainfall forecasts and real-time data. These river flow forecasts inform the daily Flood Guidance Statement that is used by emergency responders to aid their response planning and resourcing decisions.

Q4) Natural flood management techniques are much in the news. The Government has just allocated £15M to develop such schemes and the Natural Environment Research Council is launching a Natural Flood Management Research call. Where does CEH fit in?

CEH is probably the largest hydrological research centre in the UK and we’ve a very long CV in floods research. We are here to try and establish some of the hydrological issues and facts that we see around flood problems not only in recent years but also going further back.

It’s important that new natural flood management schemes are monitored and measured for their effectiveness so that the appropriate and understood levels of protection can be offered to communities. CEH has an important role to play in this, as well as in the development of models to support the extrapolation of a range of these small-scale features within a large catchment flood management plan. Moreover, once models are able to incorporate local flood mitigation measures they may be used to test the effectiveness of such schemes for more extreme events than those already observed.

CEH News: UK Winter 2015/2016 floods: One of the century’s most extreme and severe flood episodes