The recent wet weather means the New Year has got off to a busy start for the CEH Press Office, with several requests from media organisations to interview our hydrologists. On the TV side, Sky, BBC and ITV have all been in touch. 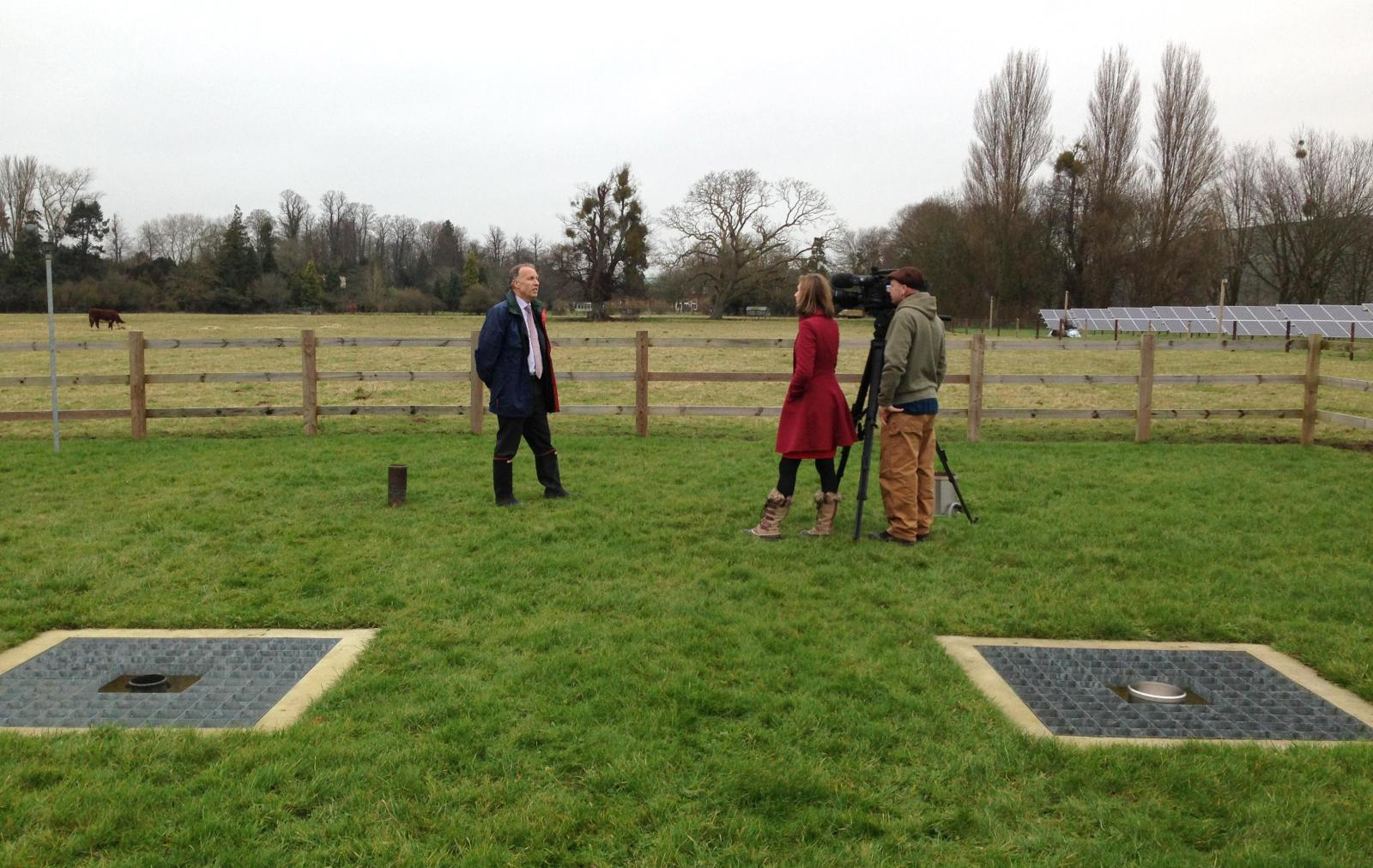 Professor Alan Jenkins of the Centre for Ecology & Hydrology was interviewed on January 2 2013 by Sky News (pictured). He spoke about the dramatic transformation from drought to flood seen in the UK in 2012. The interview took place on the meteorological site at CEH's Wallingford, Oxfordshire headquarters. You can watch the interview on the Sky News website.

Today, also, the Met Office announced (provisional figures) that 2012 was the second wettest year in the UK national record dating back to 1910, and just a few millimetres short of the record set in 2000. It was the wettest year recorded in England however. Just for interest, the aforementioned CEH met site recorded 820mm of precipitation in 2012, the wettest year in a 51-year series (since 1962). 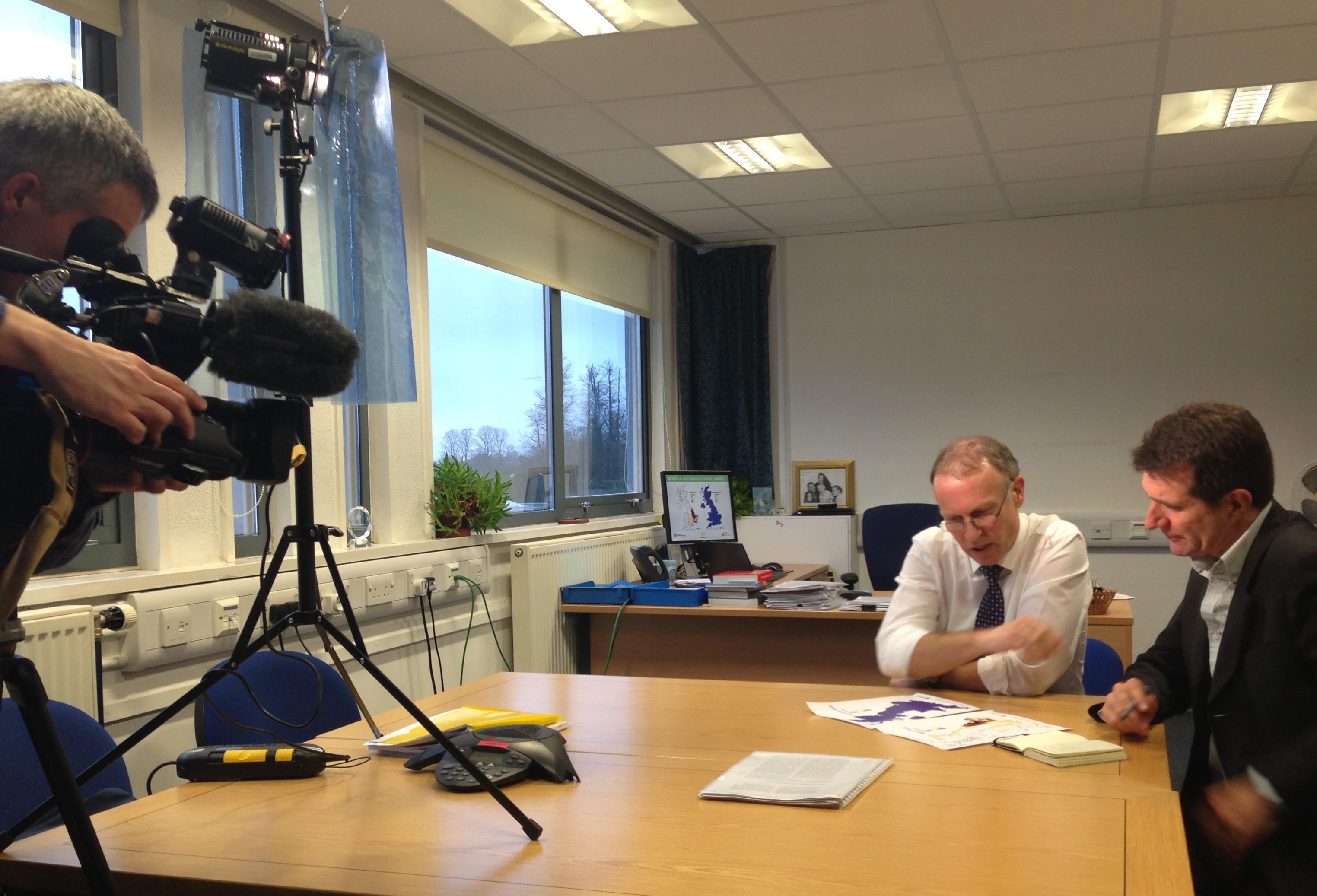 The video is also part of the BBC News at Ten broadcast available on iPlayer until later today (4 Jan 2013).