Only a few years ago, talking about ‘citizen science’ would have resulted in puzzled looks from listeners, but today citizen science is talked about more and more frequently. And there are more opportunities than ever to participate in citizen science – that is, voluntarily getting involved in the process of real science. Many people give the impression that all you need is to download your citizen science smartphone app – to record grasshoppers, obstacles in rivers or invasive plants, to give three examples - and away you go.

But is that really all there is to citizen science? Volunteer engagement in citizen science has been going on a long time. Indeed, the Biological Records Centre in the Centre for Ecology & Hydrology has been supporting expert volunteers in making records of wildlife (an activity that can be described as citizen science) for over 50 years. 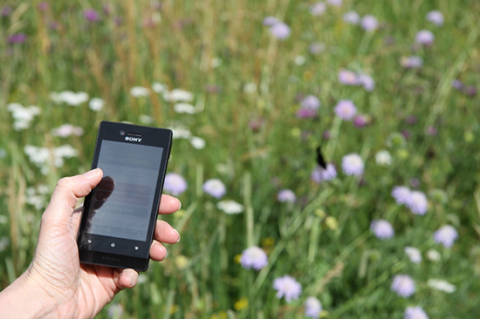 Smartphone apps, such as this iRecord Butterflies app, have added to the opportunities for people to be involved in recording wildlife (photo © Paul Fisher/CEH). 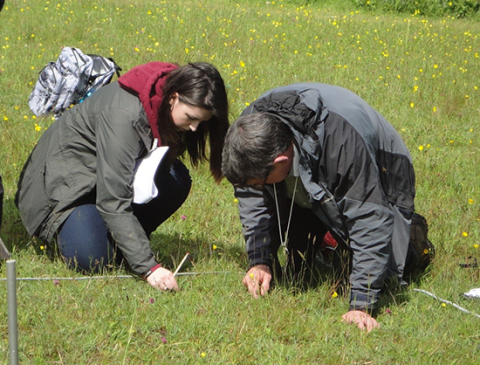 A different type of citizen science is when expert volunteers are involved, such as here in recording plant abundance as part of the National Plant Monitoring Scheme (photo: © CEDaR)

"Clearly, citizen science is not a single type of activity, but it is a diverse range of activities – with each type having different benefits."

In order to answer these questions we undertook a study of citizen science projects. Through a systematic internet search we found more than 500 citizen science projects in ecology and the environment, which we classified according to over 30 different project attributes – things like the ability to take part anywhere, the amount of background information provided and the requirement for special equipment. We then summarised the variation across the different projects.

We found that one of the main differences across citizen science projects was where the projects lay on a spectrum from 'structured monitoring' (repeated visits to specific locations) to 'mass participation' (anyone can take part anywhere). Another important difference was the variation from 'simple' projects (like simply recording a sighting) to 'elaborate' projects (requiring lots of instruction, but resulting in very rich, detailed datasets from each volunteer). Projects can be plotted according to their position on these two axes to show the 'landscape of citizen science' in ecology and the environment.

What was really striking was when we looked at projects according to the year in which they started. There were more structured monitoring projects prior to the year 2000, compared to more mass participation projects since the year 2000, and since 2010 the projects had (on average) become simpler. 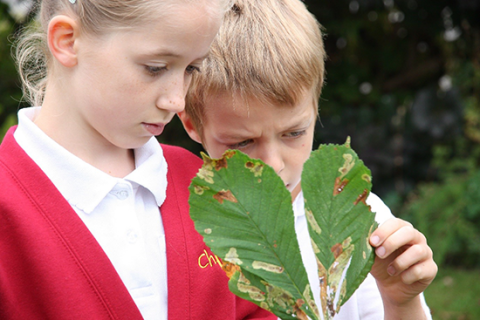 Why has there been this 'evolution' of citizen science? Well it seemed, from our research, that there have been innovations in citizen science especially based on the availability of new technologies (most recently smartphones, but before that digital cameras and online databases), but also probably based upon people’s interest in participating in projects and the use of new analysis techniques to make best use of the data. Each wave of innovation has added to the diversity of citizen science projects available for people to participate in.

Why is all this important? Well, we (at CEH, but also in many other organisations) want to support the best use of citizen science. It is important to understand what different types of citizen science have been used in the past (which is the value of this research), and a future job for researchers is to work out which types of citizen science are successful in which circumstances – and by success we are thinking not only of collecting useful data but also engaging people with science and their environment, building communities and empowering people about environmental action.

"...by success we are thinking not only of collecting useful data but also engaging people with science and their environment, building communities and empowering people about environmental action."

One thing we do know is that while citizen science over the past decades have given us a legacy of information, there will be continued innovation in citizen science for many years to come. Maybe there will be an increase in the volunteers' role in designing new projects, or an increase in 'gamification' (turning scientific monitoring into a competition), or an increase in sensors for remotely recording the environment. Whether the question is about the impacts of climate change, pollinator decline, tree health or any of the other challenges we face, we know that citizen science is bound to continue to have an important role in the future of environmental science.

This research, published in the journal PLOS ONE, was conducted by researchers at the Centre for Ecology & Hydrology and the Natural History Museum, London. It was funded by the UK Environmental Observation Framework (UKEOF), and the Natural Environment Research Council.