Will Brownlie tells us more about a new research brief he and fellow early career researchers from the Centre for Ecology & Hydrology (CEH) have produced for Inland Waters, the journal of the International Society of Limnology…

Working with colleagues from CEH, each of us early career researchers in freshwater sciences, we recently published a forward-look on the future of our field. The team, comprising of Research Associates, PhD students and recent PhD graduates, were invited by the journal Inland Waters to address three key questions:

In order to explore these questions we reviewed the current literature and discussed the findings in a series of group meetings. These were very productive discussions which explored a number of different issues. Importantly for us as a group, they also highlighted how we as researchers at CEH can contribute to answering such important scientific questions. 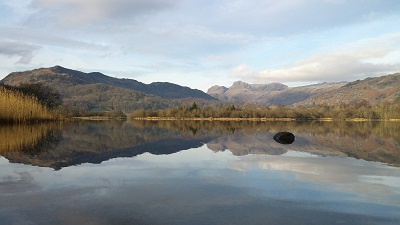 We recognised that as the stress on our lakes and rivers increases in the future so our responsibility to deliver the science which helps society to protect them will also increase. We felt that effective communication of scientific evidence is largely reliant on the ability of freshwater scientists to communicate their findings clearly and succinctly. We also felt that failure in this regard could lead to a future suffering from increasing water quality problems, even though the science needed to underpin effective management might already exist.

"We recognised that as the stress on our lakes and rivers increases in the future so our responsibility to deliver the science which helps society to protect them will also increase."

CEH provides international leadership in the field of freshwater ecology – making it a great place to work and develop our ideas. In our paper we recognised the international importance of long-term monitoring of sentinel lakes to provide the understanding with which the effects of impending environmental change can be detected, forecast, and novel mitigation measures developed. The recent news from Scottish Natural Heritage and CEH on the recovery of Loch Leven is a good example of this.

"CEH provides international leadership in the field of freshwater ecology – making it a great place to work and develop our ideas." 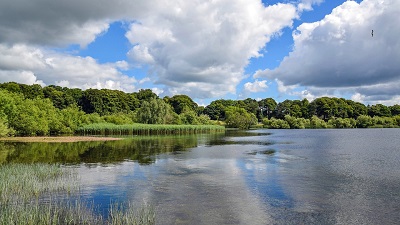 We hope that our paper is seen as a useful addition to the knowledge base.

Bryan Spears at CEH supported the development of the paper. He adds, "CEH plays an important role in developing the next generation of world-class researchers in the natural sciences. This is demonstrated well within this insightful, constructive and forward looking paper. It will be interesting for the team to look back on this paper in 40 years and compare it with the progress they have made!

"I especially liked their call for more effective and rapid communication on the effects of impending environmental change on freshwater security. CEH’s new ‘Bloomin Algae’ app and the UK Lakes Portal are good examples of novel communication platforms.”

The publication was supported by the Working Group on Lake Restoration Research, part of the International Society of Limnology, co-chaired by Dr Bryan Spears (CEH, UK) and Dr Miquel Lürling (University of Wageningen, NL). The working group continues to support the development of early career researchers in freshwater ecology across the world.

Compiled by Will Brownlie