We've highlighted in recent blog posts the importance of international collaboration in scientific research and some of the steps taken by CEH to develop new relationships with researchers abroad. The recent Memorandum of Understanding signed between environmental researchers in China and the UK resulted in a visit to China between 14-18 April of two groups of researchers from CEH and the James Hutton Institute. We've already heard from the team of lake ecologists about the links they forged on the trip. Now, in this new post by Professor Ed Tipping of CEH, he tells us about the visit of a group of contaminants researchers:

I was one of a group of scientists from the Centre for Ecology & Hydrology, Lancaster University and the James Hutton Institute who took part in a five-day visit to the Chinese Academy of Sciences' Research Centre for Eco-Environmental Sciences in Beijing to discuss collaborative research on environmental contamination by heavy metals and persistent organic pollutants. The other members of the group were Dr Stephen Lofts (CEH), Dr Andrew Sweetman (CEH and Lancaster University) and Dr Zulin Zhang (JHI) and we met Professor Yonglong Lu and his team of Associate Researchers, post-doctoral researchers and PhD students. 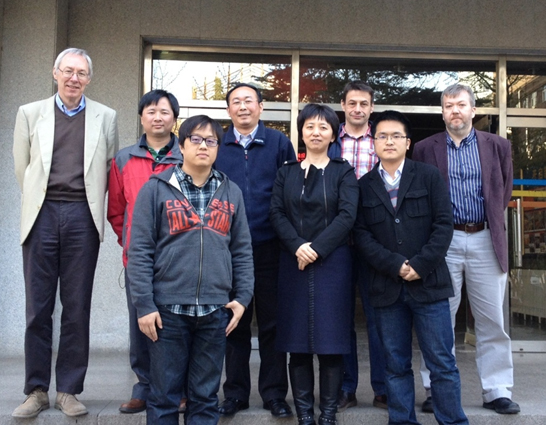 We arrived in Beijing on Sunday 14 April with enough time to allow visits to the Forbidden City and a hutong area (a relic of the old, low-rise Beijing). The business part of the visit began in earnest on Monday 15 April, with presentations from both our group of visiting researchers and the host scientists:

The presentations were followed by an in-depth discussion session, before a special welcome dinner arranged for us by our hosts. 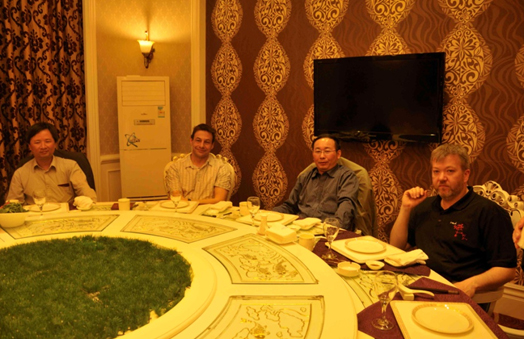 On Tuesday 16 April, we set out with our hosts on a field trip to the Guanting Reservoir and Yanghe River, during which we learned about the contamination status and associated problems of the reservoir, pollution sources to the river, and the competing demands for river and groundwater within the catchment.

We stayed the night in the city of Zhangjiakou and on the following morning made a tour of the city and its river, before returning to Beijing, taking in the remarkable Great Wall of China en route. On Thursday morning we were able to visit the exquisite Summer Palace, before returning to CAS / RCEES for a tour of their excellent and comprehensive analytical facilities. This was followed by discussions about future collaborative possibilities, during which firm plans were made for the visit of a Chinese PhD student (Li Xu) to CEH's Lancaster site in July, to carry out metal chemistry modelling. Plans were also made for the extension of collaborative work on persistent organic pollutants with Lancaster University, and a risk assessment of pesticides in the Yanghe River catchment with James Hutton Institute. There was also more general discussion about the possibilities of larger-scale integrated work in the future. 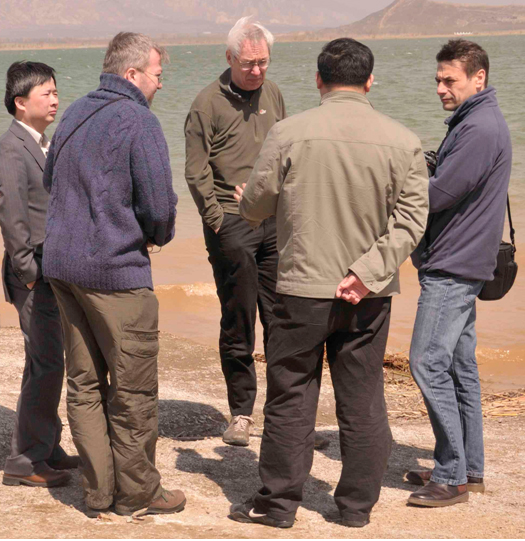 Yonglong Lu and his colleagues were terrific hosts. They made our visit both interesting and enjoyable, and we very much look forward to working with them in the future to try to understand and predict how China's natural environment will develop in the coming years and decades.

Professor Ed Tipping, based at CEH's Lancaster site, is an environmental chemist focusing on acidity, metals, natural organic matter and nutrients in soils and waters, with an emphasis on modelling.

Dr Steve Lofts is a soil and aquatic chemist at Lancaster, with expertise in the chemistry of metals in soils and waters, particularly in relation to speciation and its consequences for metal transport, fate, bioavailability and toxicity.