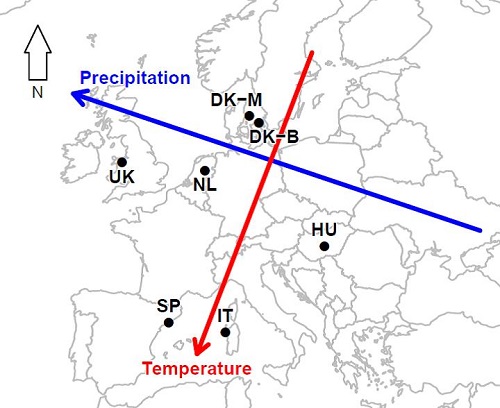 Picture 1: European climate change network with sites located across a rainfall and temperature gradients. Map was produced by J. Ransijn.

CEH’s long-term climate manipulation experiment in Wales was established in 1998 as part of a European climate change network 8. Initially, four sites located in the United Kingdom, Denmark, the Netherlands and Spain were part of the network. The aim was to reduce rainfall and increase air temperatures across the European rainfall and temperature gradients and study ecosystem responses. The network was extended over time with additional sites located in Hungary, Italy and a second site in Denmark (Picture 1).

Picture 2: Climate change manipulation plots at the UK site. The experimental plots are randomly arranged. The picture shows the drought plot number 8 (on the bottom of the hill) covered by a curtain.

Each of the sites is a shrubland/heathland and hosts nine experimental plots: three control plots without manipulations, three drought plots and three warming plots (Picture 2). The plots are 20 m2 in size (4 m x 5 m). Drought is manipulated by removing rainfall from the plots during the plant’s growing season. Curtains covering the plots were trigged by a rainfall sensor. Temperature was increased by reducing the heat loss during night 8. New approaches to climate change manipulations have emerged during the last 15 years (e.g. open-top chambers 9 and heating cables for warming 10 and rainfall shelters for drought 11), but our climate manipulations have proved to be reliant at our remote sites.

Picture 3: The first picture details problems that were encountered at the site in the last year (roof scaffolding bended and crushed, and the movement of the curtains was restricted due high frictions and snapped wires). The second pictures shows the new (shiny) infrastructure for one of the plots in May 2017.

Over time, material weakens when exposed to rough outdoor conditions (Picture 3). The UK site is located on top of a hill and is exposed to high rainfall coming from the Irish Sea, delivering high amounts of salt to the site. The site is also exposed to high winds and many storms each year. Numerous drought and warming curtains had to be replaced due to the harsh conditions, and the metal infrastructure was weakened.

Over the past two years, our highly skilled engineers from the CEH workshop worked on the refurbishment of the roof scaffolding (Picture 4). New materials and instrumentation became available since 1998, making the new roofs lighter but less sensitive to the environmental pressures. We hope that this refurbishment will provide the infrastructure for the continuation of our long-term climate change research at the UK site for another 10 to 20 years. 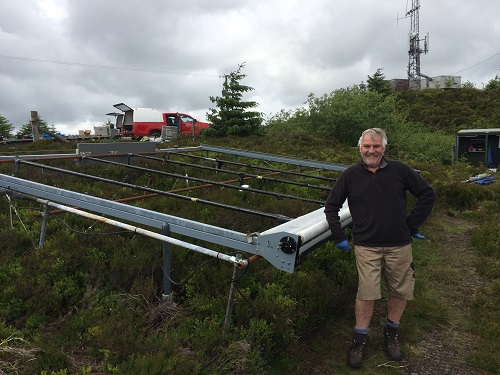 Picture 4: Refurbishment of the roofs infrastructures in the field.

We would like to thank the team of the CEH Engineering workshop for their great effort to make the structures more robust and reliant under the tough outdoor conditions in the Welsh mountains. We would also like to thank all staff involved in the planning, setup and maintenance of the site over past the years, and the researchers contributing to the scientific knowledge derived from the site and the network, and all funders. To date, the UK site has published more than 60 papers and more than 20 datasets.

Over time, the site was funded by the Climoor project, Vulcan, Nitro-Europe, Ukreate, Increase and NERC, and scientists have been part of the European COST infrastructure ClimMani.

If you are interested in working with us, or have any questions, please contact Dr Sabine Reinsch.

Other related blog posts and press releases are: On the Connection of Soil Health and Food Production, Common Protocols, Shrubland Biomass and Respiration and Global Soil C Stocks.