Air quality is the theme of this year’s Green Week event in Brussels, which is described as Europe’s largest environment conference, and CEH expertise will be on hand to lead and join in with some of the discussions. Scientists from Europe and further afield will join EU policymakers, non-governmental organisations, business and industry at the event, which takes place from today, Tuesday June 4 until Friday June 7 under the banner “Cleaner air for all”.

The 3000+ expected participants will search for solutions to air pollution, like how to safeguard air quality against the backdrop of rising industrial and energy production, the rise in road traffic and urbanisation, the burning of fossil fuels and climate change.

Despite science-based evidence leading to progress in recent years, air quality standards are still widely exceeded in the EU’s most densely populated areas, especially from pollutants such as particulate matter, ground-level ozone and nitrogen dioxide. The conference is an opportunity for scientists from several key research projects, including those with CEH involvement such as ACCENT Plus, ICP Vegetation and ECLAIRE, to present their latest relevant findings. 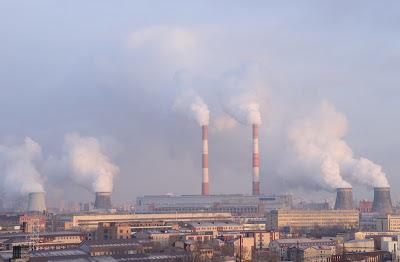 Air quality is a broad issue that obviously affects us all, whether as a direct threat to health through poor air quality contributing to conditions such as asthma, cancer, respiratory diseases, or by having negative impacts on changes in ecosystems and biodiversity, and there are a huge range of research strands that go towards securing better air quality.  One such area is climate change research. In the run-up to Green Week 2013, the European Commission’s Directorate General Research and Innovation has emphasised that although air quality and climate change have traditionally been viewed separately, climate change has a significant impact on the chemical composition of the atmosphere and hence on the level of air pollution. Thus, breaking with the traditional view, projects from DG Research and Innovation are putting together their main findings addressing the interaction between air pollution, climate change and the impact on human health.

DG Research and Innovation has organised three sessions at Green Week which highlight such findings, building upon the experiences of the EU research community through the Seventh Framework Programme. CEH staff are involved in two of the sessions.

Prof Mark Sutton of CEH, who worked on the ECLAIRE project, is among those speaking in a session on Thursday entitled “Science & evidence-based environmental policymaking – the science input to the thematic strategic review”. The session, which is moderated by another CEH scientist, Prof David Fowler, will be devoted to illustrating the main research findings relevant for the design and implementation of the EU’s air quality policies. The presentations will be addressed to a broad audience and will therefore focus on those aspects closer to the daily life of the citizen. The main focus will be on the impact of air pollution on human health, environment and climate and on the integrated assessment tools needed to design adequate policies in the EU.

Prof Fowler, who works on the ACCENT Plus project, is involved as a speaker in a second event on Thursday, when he takes part in a session entitled “Perspectives for the future – a research agenda for EU air quality”. This will focus on the main research and innovation challenges that need to be addressed in the medium term up to 2025 to better deal with the challenges of effective management of air quality and approaching the long-term objectives of EU environmental policy. As well as the scientific community, the session will include views from the European Commission services responsible for EU air policy. The challenges associated with air quality monitoring and with integrating human health, climate change and air quality are expected to be addressed.

Elsewhere at Green Week, Dr Harry Harmens of CEH, who is chair of the ICP Vegetation programme, will be speaking at a session giving a status update on research into how air pollution, reactive nitrogen in particular, is an important threat to the environment and biodiversity, and is having a significant negative impact on European ecosystems.

Prof Mark Sutton meanwhile will be speaking at a second session, exploring the relation between air quality and agriculture in the EU. With half of EU land being farmed, agriculture and environment are inextricably linked and sustainable agriculture is an EU priority.  Farming practices have a profound influence on air quality, by contributing to emission of certain air pollutants, such as ammonia, and greenhouse gases, such as methane and nitrous oxide.

Speaking about Green Week on the opening day of the event, Environment Commissioner Janez Potočnik said, "Air pollution is often invisible, but its effects are very real. When air quality is poor we pay a heavy price: citizens' lives are lost, medical costs are high, and working days are lost to illness. Green Week provides an important platform where policymakers, representatives from local communities and NGOs, public authorities and businesses can exchange ideas on how improve the air we breathe – we are constantly open to suggestions on how to improve our current legislation."

Commissioner Potočnik has declared 2013 as the Year of Air and over the course of the year the Commission's current air policy is being reviewed.

With lots of research findings to keep track of, and assuming you’re not one of those lucky enough to be in Brussels, you can still follow news from Green Week through the conference website, which has a live stream from all the sessions.

Prof David Fowler is interviewed in the recent European Environment Agency publication, "Every breath we take", about air pollutants and chemical processes in our atmosphere.