Chemical pollution in China: which metal poses the greatest risk to the Bohai region’s freshwater ecosystem?

Professor Andrew Johnson and Dr Monika Jürgens, Environmental Scientists at the Centre for Ecology & Hydrology, contributed to a recent study looking at which metal presents the greatest risk to the freshwater ecosystem in the Bohai region of China. They explain more:

Thanks to support from the Natural Environment Research Council Newton Fund, the Centre for Ecology & Hydrology (CEH) has been collaborating with the Research Center for Eco-Environmental Sciences, in Beijing, China since the beginning of 2016 on the topic of chemical pollution in China.

We contributed towards research published in Ecosystem Health and Sustainability that looked at chemical pollution in the rivers to the east of Beijing draining into the Bohai Sea to determine which metal poses the greatest risk to the region’s freshwater ecosystem.

The Bohai region has been a dominant economic and industrial area for a number of decades, particularly for petroleum, steel/engineering and chemical industries. The region contains 230 million people (four times that of the UK). Relative to the size of the human population, the local rivers offer less dilution than the UK (0.95 m3/cap/d compared to 3.8 m3/cap/d). 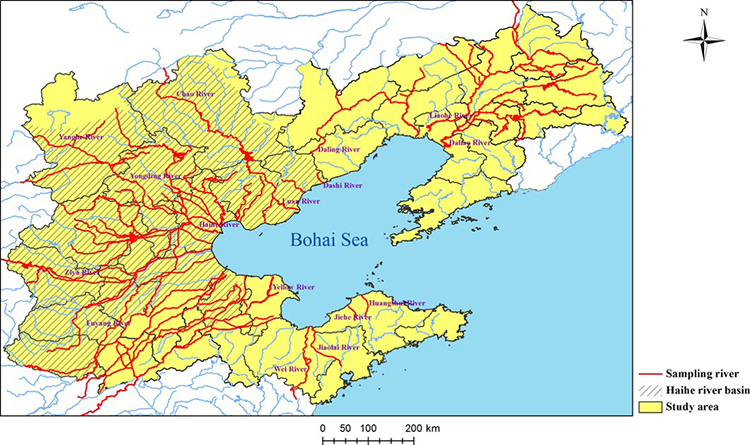 Figure 1: Spatial distribution of rivers in the Bohai coastal region. Those where metals data were collected have been highlighted in red.

Chinese monitoring data for a range of chemical pollutants was obtained for the 2009-2015 period. For the metals, the highest risk to wildlife in the region was from copper, zinc and iron (similar to the UK).

Up to a quarter of measured values for these metals exceeded the lowest 10th percentile of ecotoxicity values. In other words harm to wildlife would be expected in these Chinese rivers.

Metals discharged from industrial effluents, agricultural wastewater and sewage runoff by rapid urbanization are of concern as contaminants of freshwater ecosystems because of their persistence and high toxicity to aquatic organisms.

Metals discharged from industrial effluents, agricultural wastewater and sewage runoff by rapid urbanization are of concern as contaminants of freshwater ecosystems because of their persistence and high toxicity to aquatic organisms.

By comparing the median reported environmental and ecotoxicity concentrations, it showed copper, iron, zinc, manganese and chromium were the top five metals of concern. Of these, copper was deemed to represent the highest risk and mercury the lowest risk. 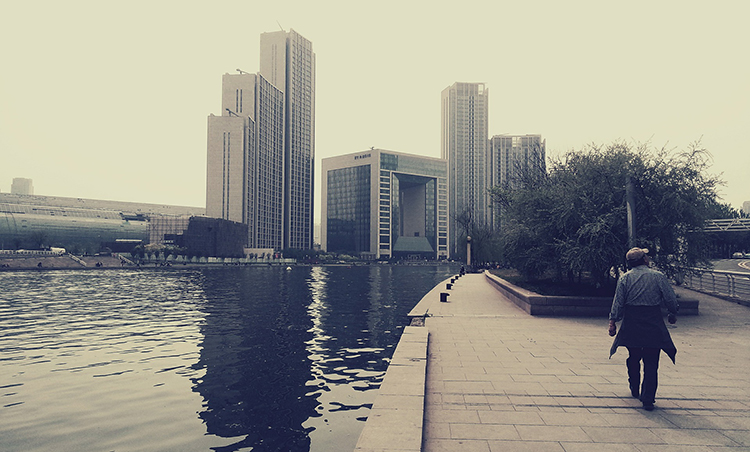 The risks for all metals were higher than those of norfloxacin and gamma-HCH.

Almost all the metals except mercury had water concentrations which exceeded levels where ecotoxicity effects had been recorded in the literature.

A comparison with the measurements across UK rivers suggested that all metals examined had water concentrations about five to ten-fold higher than the UK median values except for copper, iron, cadmium and lead. See an earlier study by CEH for more information (Donnachie, R L, Johnson, A C, Moeckel, C, Gloria Pereira, M, Sumpter, J P (2014), 'Using risk-ranking of metals to identify which poses the greatest threat to freshwater organisms in the UK, Environmental Pollution, 194, 17-23, DOI 10.1016/j.envpol.2014.07.008).

The Fuyang River, a tributary of the Haihe River Basin, seemed to be the location with the highest metal concentrations.

However, comparing the post-2010 period to 2000-2009, all the metals concentrations had fallen except for iron and manganese, so risks have decreased over the last seven years with the greatest improvements for cadmium and lead.

Whilst metals still pose high risks to freshwater ecosystem in this region, there is encouragement that some control measures are taking effect.

Read more about the study we contributed to in the paper: Chao Su et al, 'Which metal represents the greatest risk to freshwater ecosystem in Bohai region of China?' Ecosystem Health and Sustainability, published 22 February 2017 (doi: 10.1002/ehs2.1260). It is available as an open access document.