The breadth of CEH science has been well represented in several sessions at this week’s European Geosciences Union General Assembly 2014 in Vienna. The event brought together more than 11,000 scientists from all over the world into one meeting covering all disciplines of the Earth, planetary and space sciences. Check out our Storify for a flavour of what’s been going on for CEH or scroll down for abstracts of our lead talks and posters.

What if Icelandic volcanic eruption like 1783? http://t.co/HXSJziCMVA @metoffice @CEHScienceNews working on it #EGU2014

Sources+fluxes of #DOC presented by Jess Adams today at #EGU2014. Drop by Blue Posters 124 at 5:30-7pm for #science! pic.twitter.com/vksKCsiYbm

Interesting talk today at #EGU2014 about whether #bioenergy can store enough #soilC to offset emissions. B8 at 2:30pm http://t.co/4rcSLn4HCe

Got some spare time today at #EGU2014? You should probably stop by Green Poster G35 between 3:30 and 5! #SoilC #Co2 pic.twitter.com/rYvwbLv6Gl

Big day at #EGU2014 tomorrow for CEH with myself, Adam Freer and Jess Adams all presenting posters. Why not drop by at 4pm and 6pm!? #carbon

.@SteveThackeray has been talking about UK phenology, the huge "signs of spring" project at #EGU2014. Details here http://t.co/rszaN8E0wc

Looking forward to a day of #phenology talks with @pep725 @KjellBolmgren @ej_koch at #EGU2014 today. Lots of interesting research going on!

@CEHScienceNews and @sioakley represented today here at #EGU2014. Green Posters78 at 5pm for a chat with Kelly Mason pic.twitter.com/FezH7cwFVM

Steve Groom on @globolakes at #EGU2014: lake researchers invited to offer local knowledge and site data to the project

Stephen Thackeray presented an update on the Shifting Seasons and climate change phenology project which he leads. For more details of the project, visit the webpage.

Ed Rowe: Towards an understanding of feedbacks between plant productivity, acidity and dissolved organic matter

James Miller: Assessing the relative and cumulative impacts of future urbanisation and climate change on storm runoff in a peri-urban catchment

Kerry Dinsmore: Aquatic carbon and GHG losses via the aquatic pathway in an Arctic catchment

Carole Helfter: Effects of winter temperature and summer drought on net ecosystem exchange of CO2 in a temperate peatland

Andy Robertson: Using an input manipulation experiment to partition greenhouse gas fluxes from a commercial Miscanthus plantation in the UK

Kerry Dinsmore: Multisite comparison of drivers of methane emissions from wetlands in the European Arctic - influence of vegetation community and water table 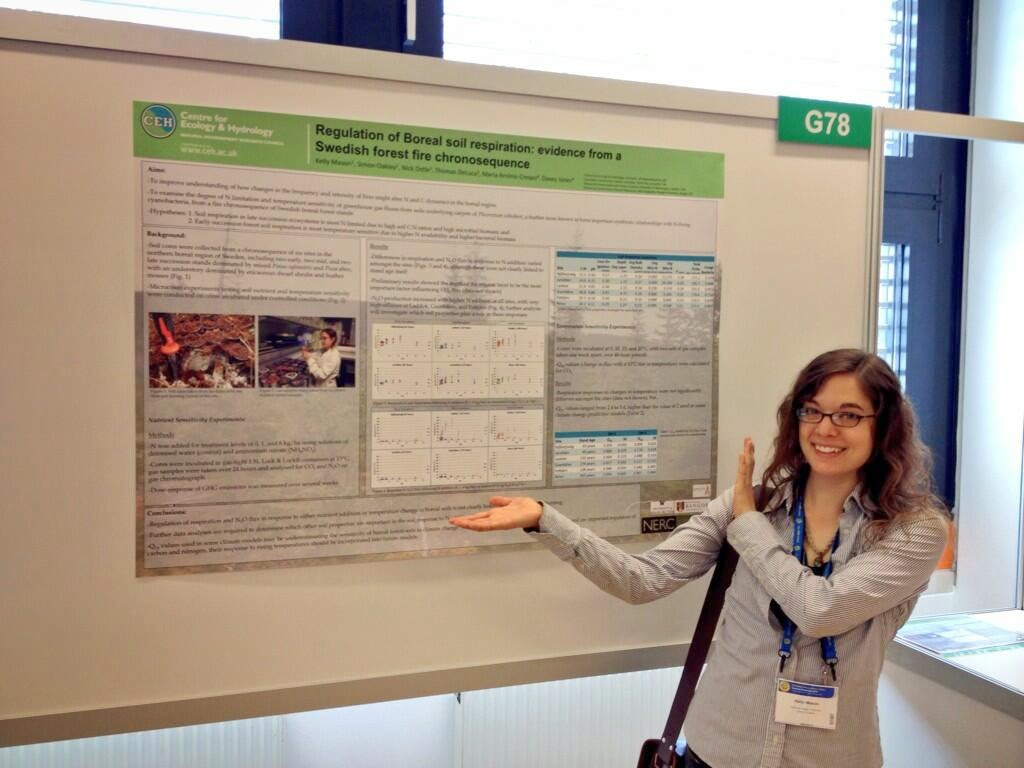