This impression is not personal bias, but a tangible outcome from our recent foray onto the international stage at the 33rd International Society of Limnology (SIL) congress in Turin, Italy.

Together, as a group of eleven freshwater researchers (students, research associates and staff), we were ambassadors for CEH, showcasing the diverse, innovative and world class freshwater science that we are doing as an organisation to an international audience of many hundreds of people.

Why does our research count?

A strong theme of the conference was the need for broad scale problem-solving to tackle extreme and increasing water quality issues that have severe impacts on freshwater ecosystem services and functioning. It was highlighted that, with an increasing number of water bodies under stress, scientists need to develop the tools to model, forecast, track and fix changes in freshwaters faster than ever before. Reflecting this, many of the sessions at SIL incorporated themes on climate change, multiple stressors, prediction of algal blooms, remote sensing and restoration.

Importantly, though, there were also themes on classical limnology, something that needs to continue if we are to meet the research challenges of tomorrow.

The impression that I got, from attending talks and talking to limnologists from around the world, is that CEH is regarded as one of the main leaders in lake research, something that I felt we demonstrated through the broad spectrum of research that we presented – in fact, the CEH participants (listed below) represented a third of UK delegates. 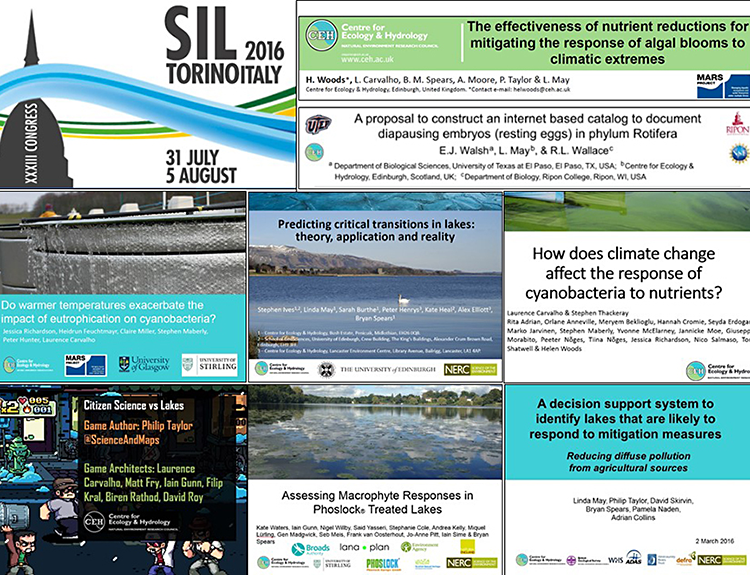 We showcased our ability to combine techniques ranging from in situ long-term monitoring, mesocosm experiments, citizen science and data portals, to data from satellites in space to help address the world’s growing problems of water security. 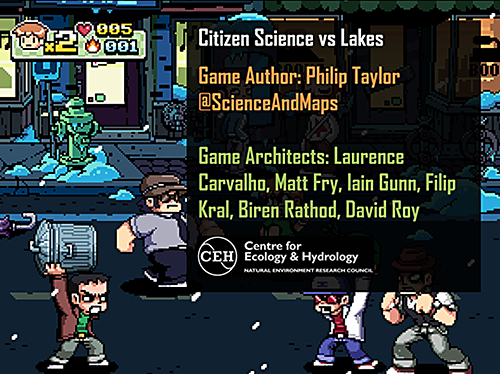 Most creative talk of #SIL2016 goes to @ScienceAndMaps on 4 types of citizen scientists engaged with UK Lakes Portal pic.twitter.com/8bWUS3ycVu

Our presence at the forefront of lake research reflects our strong collaborations with many other excellent research institutes across Europe and beyond; working together we are pushing the limits of scientific understanding.

"The impression I got, from attending talks and talking to limnologists from around the world, is that CEH is regarded as one of the main leaders in lake research." Jessica Richardson

For all of us young researchers, SIL 2016 was a brilliant experience – the research was easily as good as the ice cream! It was exciting to be part of a strong group doing research that I feel is important to the global research community.

For me, it validated my choice to do a PhD at CEH. I wanted to be an ecologist who could make a difference, and with a social responsibility. I am proud to be part of an organisation that encourages big, collaborative and forward-thinking ideas that are based on such a rich heritage of excellent science and high quality data.

Jessica is a PhD student studying Harmful Algal Blooms. You can read more about Jess’ PhD on her blog

LAND USE IN THE WATERSHEDS AND ITS EFFECT ON LAKES
Laurence Carvalho, Linda May

A proposal to construction an internet based catalog to document diapausing embryos (resting eggs) in phylum Rotifera
Elizabeth Walsh, Linda May, Robert Wallace