British lakes - boldly going where no lakes have gone before

"British lakes are on a new environmental trajectory. For the last half century scientists and managers have focused on how acidification and eutrophication affect the structure and function of lakes and their ecological quality. Now, as the effects of climate change are increasing in magnitude, it is interacting with other pressures, such as the expansion of non-native invasive species. We are therefore facing a situation where management strategies will need to be revised and restoration targets reconsidered as novel ecosystems emerge."

This was one of the main messages derived from a recent workshop convened at the Centre for Ecology & Hydrology's Lancaster site by CEH and Queen Mary University of London (QMUL).

The purpose was to discuss the outcomes of a NERC-funded project, "Whole lake responses to species invasion mediated by climate change", with colleagues in the regulatory and conservation agencies: Natural Resources Wales, Scottish Natural Heritage, Natural England, the Environment Agency and the Cumbria Freshwater Invasive Non-Native Species Initiative. The research is based on Windermere, England's largest natural lake, where unrivalled long-term records and archives exist. The project builds on more than two decades of research on lakes around the world that have revealed that climate change is affecting a range of lake properties throughout the whole lake ecosystem and that some of the changes will be hard to forecast. More specific information can be found at the Windermere Science website. 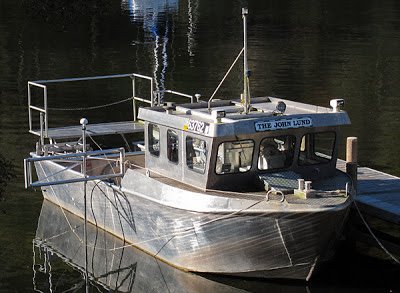 The project found that climate change has:

These findings will directly inform the future management of one of the most important lakes in England. However, there are lessons to be learned as well, as many of the changes are likely to be common across lakes in different regions. 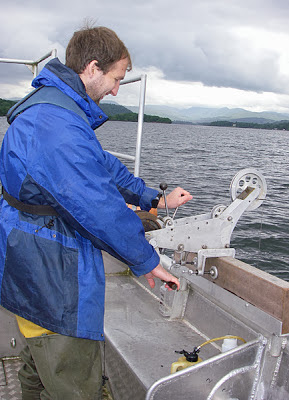 There was common agreement at the workshop that our lakes are a critical national resource delivering a range of ecosystem services, but they are under threat. In particular, they are sensitive to invasive species which favour already disturbed environments. The importance of having access to long-term datasets and archived samples was acknowledged but the insights they provide will be strengthened by using other techniques, such as stable isotopes to trace food-webs and by modelling. Other research priorities specific to invasive species included identification of introduction pathways, early detection, likely spatial and temporal impact of specific species, and the effectiveness of biosecurity measures.