Into the Blue - CEH science goes on tour to Manchester!

Last week scientists from across the Centre for Ecology & Hydrology took part in NERC’s ‘Into the Blue’ public engagement and networking event held at Manchester Airport Runway Visitors Park.

Thousands of members of the public, of all ages, visited during the week of 25-29 October 2016. Three evening stakeholder events were also held for the wider NERC community from business, politics, and academia.

I helped co-ordinate two stands at ‘Into the Blue’ which covered our work on monitoring the environment and the ways in which members of public can help. A third stand was co-ordinated by CEH staff members Val Woods and Anita Weatherby, and presented work from the CEH-coordinated 'Valuing Nature' Programme which brings together academics from across the UK.

‘Into the Blue’ bought alive the world of environmental science and research by immersing visitors in a hands-on science exhibition. Visitors entered into a world of science, finding out about the sea and the sky, and experiencing the best of the UK's environmental science research and the cutting-edge technology used to measure and monitor our environment.

The CEH ‘Sensing the Environment’ stand focused on the way we monitor the landscape. The ARC boat (pictured below) attracted many comments and questions, as did our range of free biological recording mobile phone apps. 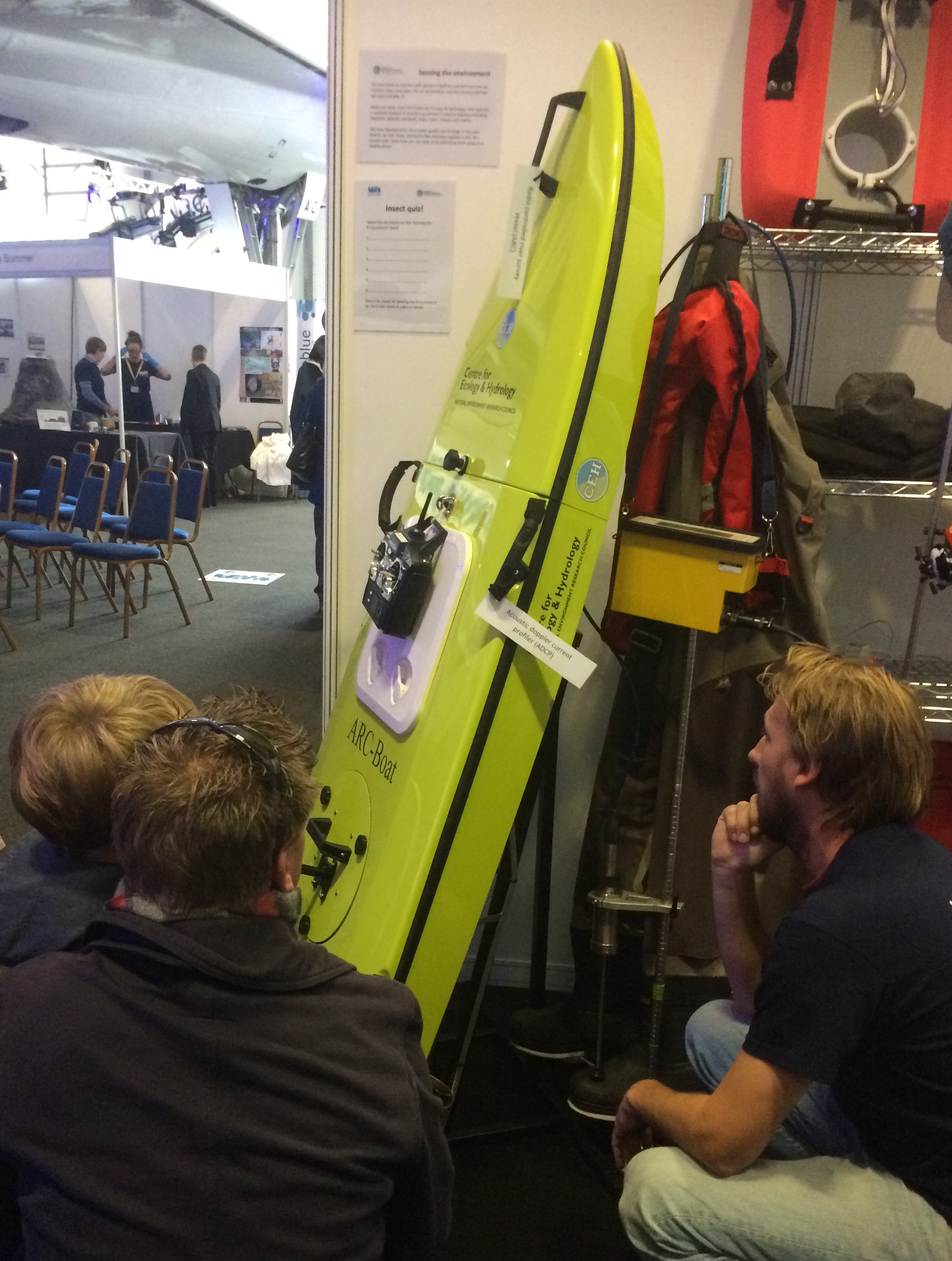 The CEH ‘Air quality and you!’ stand covered our air quality research and was led by scientist Marsaildh Twigg. Visitors were able to find out how much methane they emitted, and ask questions about airport pollution (particularly relevant in the week the Heathrow decision was announced). 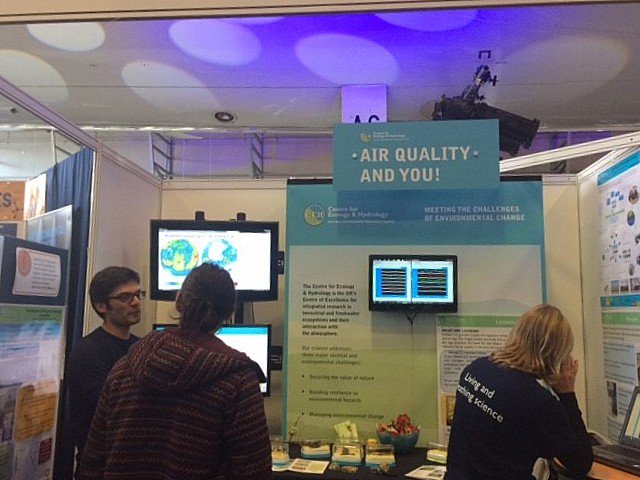 The CEH co-ordinated Valuing Nature stand (beautifully planted!) was extremely popular with visitors, providing both a tranquil garden space to rest from the rigours of the rest of the show, and an opportunity to take part in a leaf art competition (winner to be announced soon!). 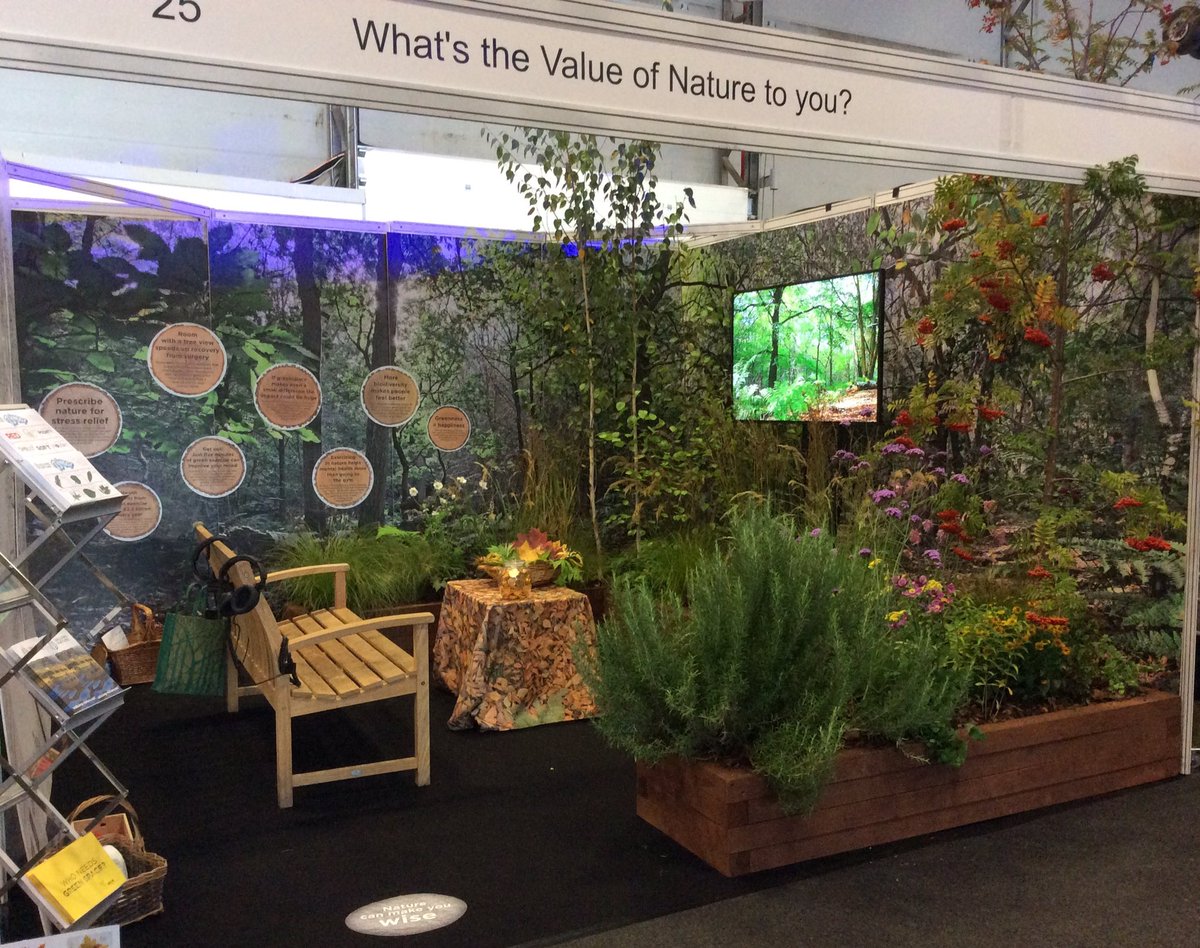 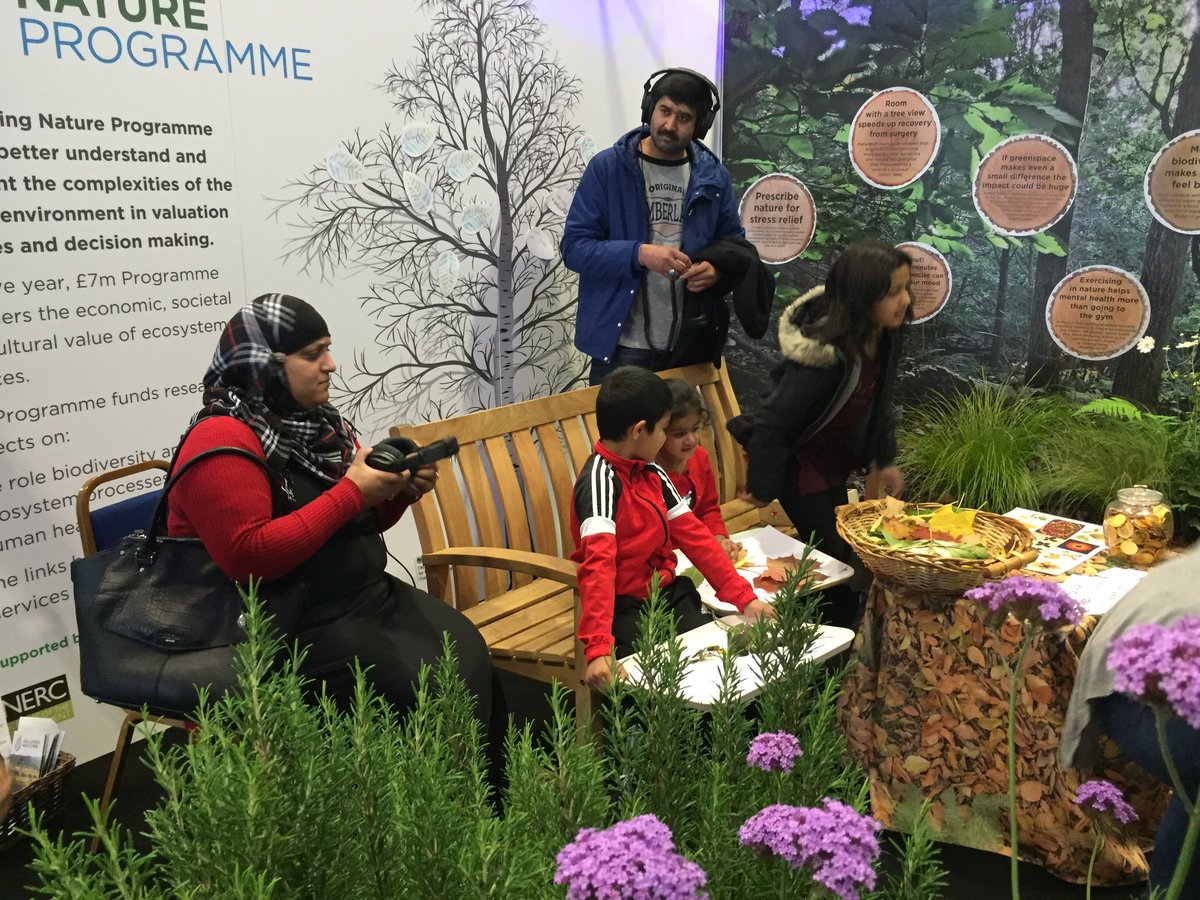 This short slide show covers the CEH stands and other sights from the event.

Of course, as this was a NERC event, the now legendary BoatyMcBoatface made an appearance! 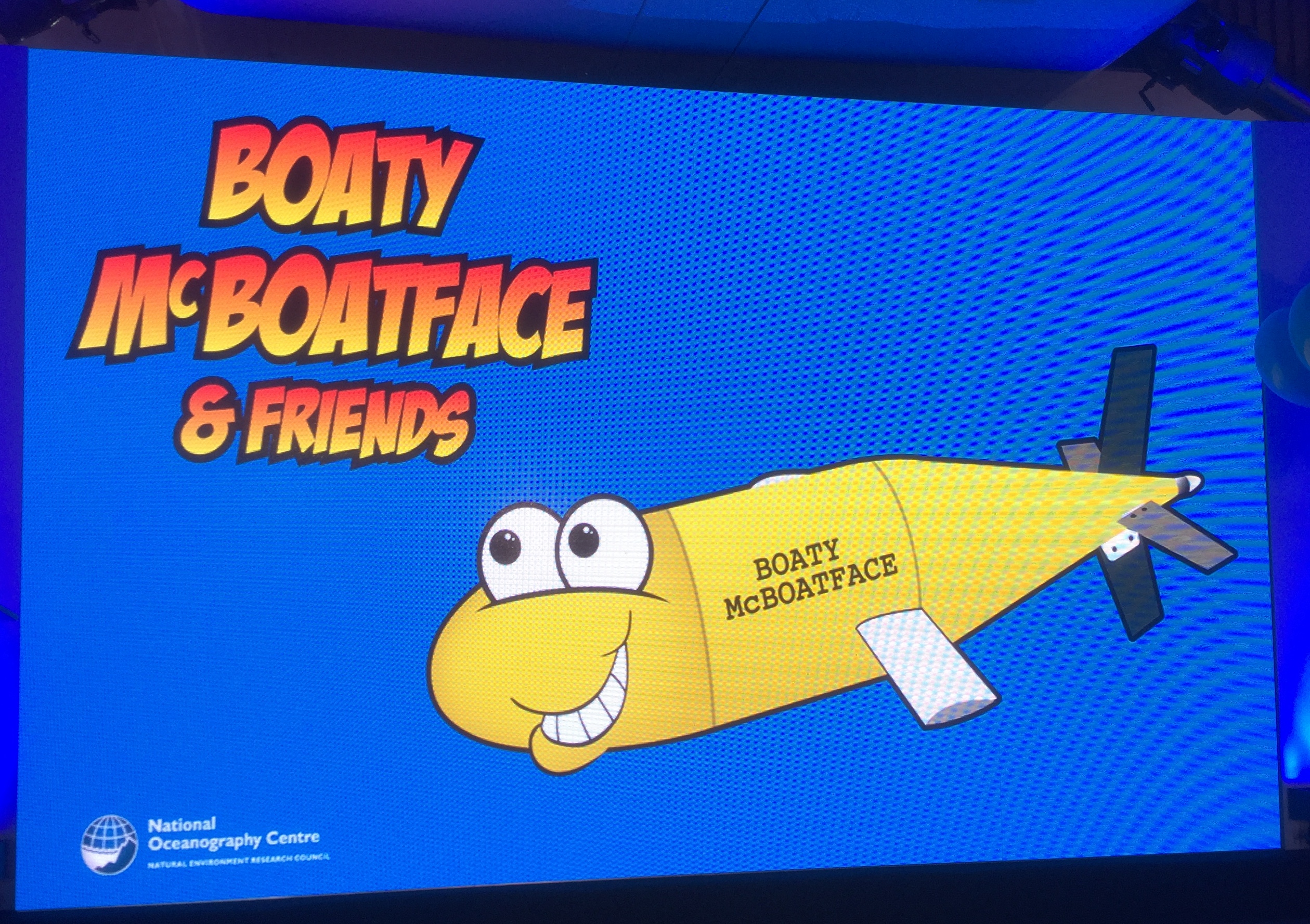 In total there were forty exhibits at ‘Into the Blue’ staffed by NERC (and NERC funded) scientists. Together they showed visitors how environmental science affects your life, covering a wide range of subjects ranging from why you breathe out methane, what happens when it floods and what climate change means for our lives, to how to build a model volcano and what litter does to our rivers.

I’ve heard a number of very positive comments about the event from our staff and visitors:

“It was a great team effort and lovely that the Valuing Nature programme members all came together from across the projects and activities.”

“We found it a valuable opportunity to interact with the public and the NERC community as well as a number of key stakeholders. I hope you all enjoyed it as much as we did!”

“I thoroughly enjoyed myself and thought it was a huge success. The feedback from visitors was very positive. The Booth looked great and the set up was well thought out.”

“I feel like people really engaged with the full range of what we had to tell them about CEH. The boat and the insect identification worked quite well to draw people in.”

“… visitors to the stand found the exhibitions engaging, and I noticed that the (biological recording) apps went down particularly well (with children too). Some home-schoolers told me that they were going to promote the apps on forums on the web.”

A big thank you to everyone across CEH who helped prepare, and run the three stands, and especially to all the visitors who took the time to come and speak to us about the amazing world of environmental science.

Click here to read a Storify of tweets from the event