Professor Laurence Carvalho of the UK Centre for Ecology & Hydrology (UKCEH), who specialises in the study of algal blooms and water quality, says people can provide early warnings of blue-green algae outbreaks via our newly improved app…

Summer is a time when we all like to get out to enjoy nature with many of us drawn towards the banks of waters for a relaxing walk, a swim or even taking a canoe or boat out.

Warmer, drier weather also brings an increasing chance of blooms of harmful blue-green algae, or cyanobacteria. These affect freshwaters across the UK, but can be quite unpredictable when and where they occur.

If you are a pet owner or a swimmer you need to be particularly aware of them, as the health effects can be very severe. Several dog deaths each year are linked to algal blooms.

People can get skin rashes, vomiting, diarrhoea, fever and muscle spasms if they have contact with algal scums or accidentally drink too much water. Open water swimmers from the UK were affected at a major event in Slovenia last year due to exposure to neurotoxins produced by blue-green algae.

So how can you help? We’ve developed an app called Bloomin’ Algae which enables you to submit a photo of the possible bloom and its location, so the potential risks to people and animals can be gauged. We will check your photo and let you know if it is potentially harmful algae.

An increasing number of staff in local authorities, environment protection agencies and water companies are signed up to receive automatic notifications of confirmed records in their area. Therefore, your records can speed up the process where warning signs are put up at sites where there is blue-green algae, to alert the public to the risks.

A new version of the app has just been released with new maps to see records in your area and provide a quicker notification service to you and local authorities.

In short, by using the Bloomin’ Algae app you can help deliver a rapid public health service in your area. The app is also useful for science, helping us to understand the impact of climate change on the frequency and extent of blooms across the UK.

Blue-green algae are microscopic but clump together in visible colonies up to a few millimetres in size that can rise to the surface and form thin wispy green blooms or thick paint-like scums if the numbers are very large.

While the bright green paint-like appearance of algae in water is enough to put off adults from going near it, children and animals are potentially vulnerable as they are unaware of the health risks they pose.

Animals will drink from water if they are thirsty and it is thought that dogs are particularly affected because they seem to be attracted by the smell of the algae. When ingested, the toxins can cause damage to the liver or nervous system in humans and animals.

Dogs can become extremely ill within just a few minutes, with symptoms such as excessive drooling, muscle tremors and disorientation, and need very rapid treatment if they ingest a lot of the algae.

There is no evidence that blue-green algae have caused long-term health effects or deaths among people in the UK.

Download the Bloomin’ Algae app for free on Google Play and the App store. Further information about blue-green algae and the app can be found on the UKCEH website. 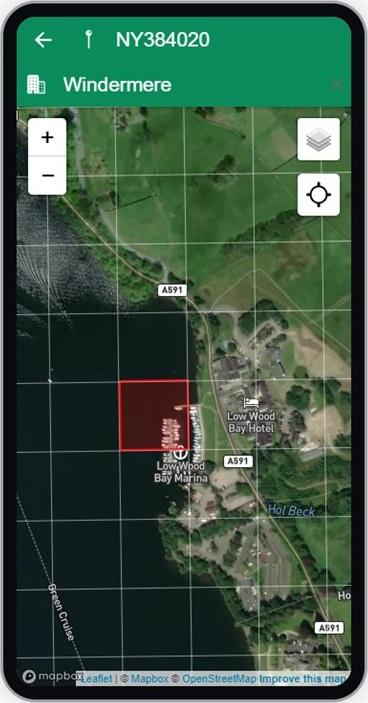 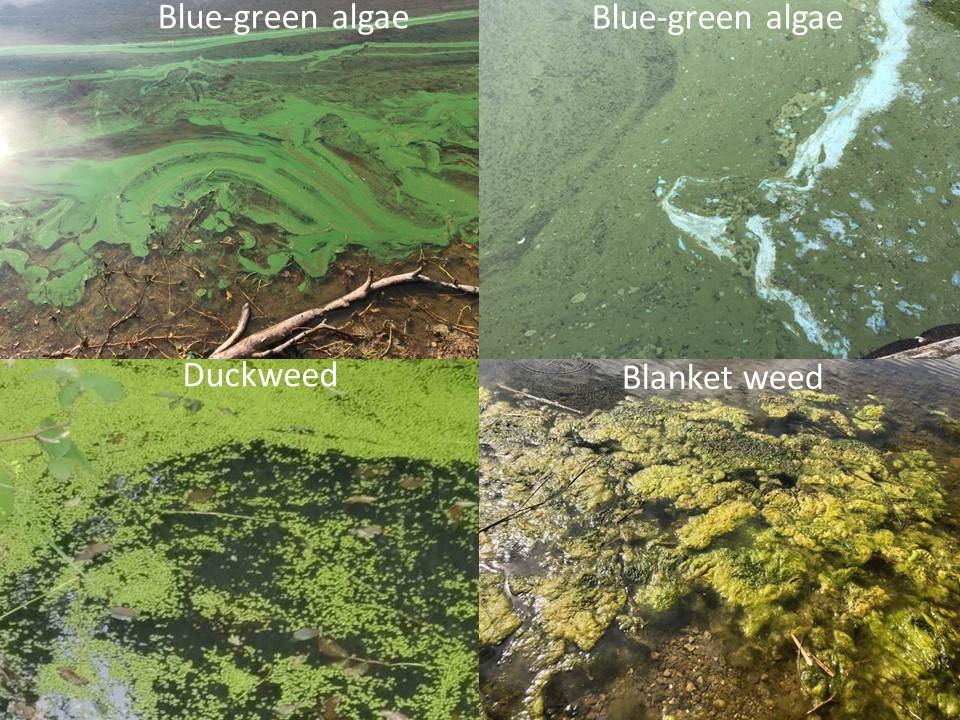 The difference between blue-green algae and duckweed and blanket weed.