Dr Julia Drewer and Professor Ute Skiba have just returned from the Stability of Altered Forest Ecosystems (S.A.F.E.) landscape in Sabah, Borneo, Malaysia. Here they set up measurements of soil greenhouse gas and biogenic volatile organic carbon fluxes and the below ground microbial biodiversity from tropical forests and oil palm plantations in collaboration with Dr Justin Sentian at Universiti Malaysia Sabah and his team.

Julia and Ute explain how their work aims to improve our understanding of the links between biodiversity and biogeochemical cycles in tropical forests through integrated observations and modelling linked to gradients in forest modification. 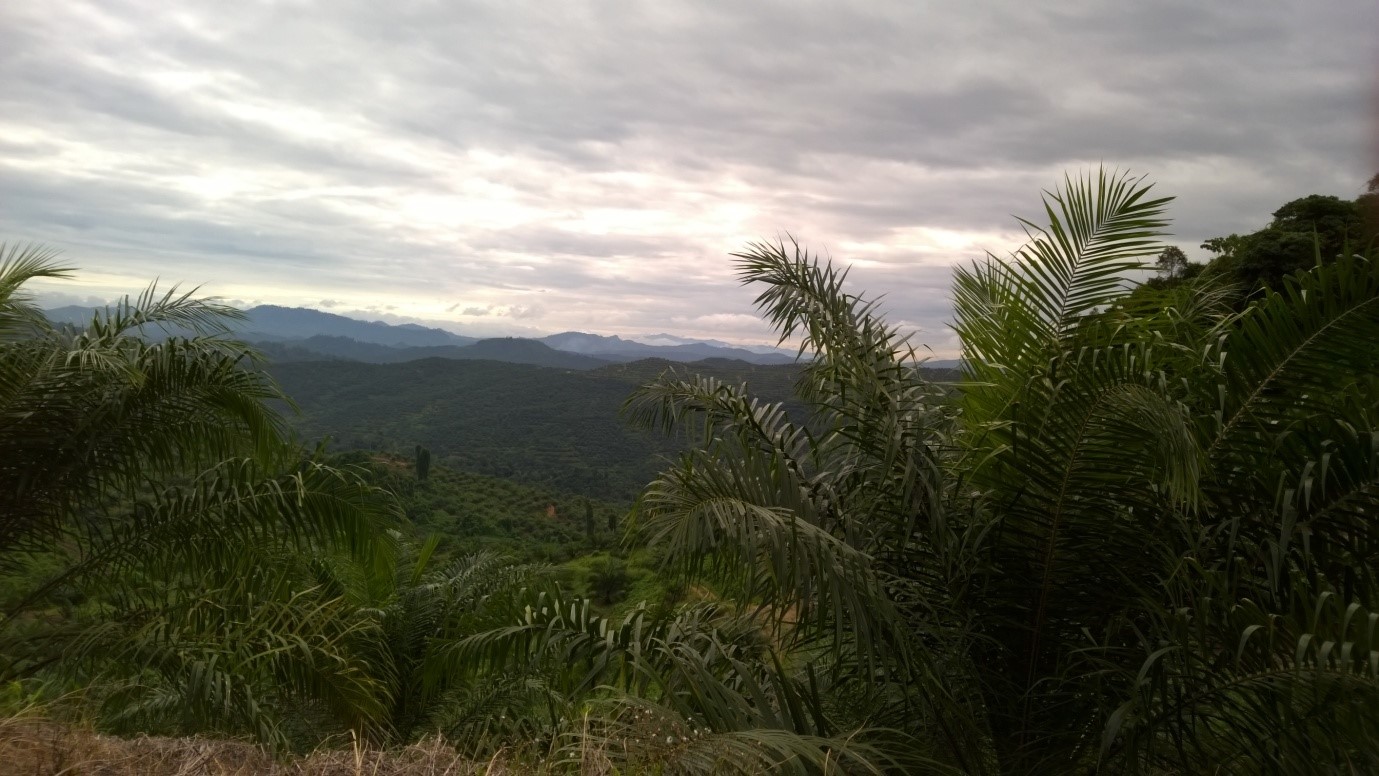 Our work contributes to the multidisciplinary project ‘Biodiversity, ecosystem functions and policy across a tropical forest modification gradient’ lead by Prof Owen Lewis at Oxford University with contributions from Lancaster University, University of Kent and the Centre for Ecology & Ecology (CEH). It is funded through the NERC Human Modified Tropical Forests (HMTF) programme. The overall aim of our project is to ‘significantly improve our understanding of the links between biodiversity and biogeochemical cycles in tropical forests’ through ‘integrated observations and modelling linked to gradients in forest modification’. CEH leads Work Package A, ‘Characterise soil microbial communities and measuring associated biogeochemical fluxes’, with both of us being responsible for the trace gas flux measurements, and CEH colleagues Rob Griffiths for the microbial biodiversity and Garry Hayman for the JULES modelling.

WP A focuses on the effect of forest modification (gradient from almost intact forest to mature oil palm) on emissions of the greenhouse gases nitrous oxide (N2O), methane (CH4), soil respiration of CO2 and biogenic volatile organic carbon fluxes (bVOCs) and underlying changes in the overall and active soil microbial population. We have now installed flux chambers into logged forest, fragmented forest and mature and newly planted oil palm and will measure the above mentioned fluxes plus key soil parameters on 12 occasions over the next two years. 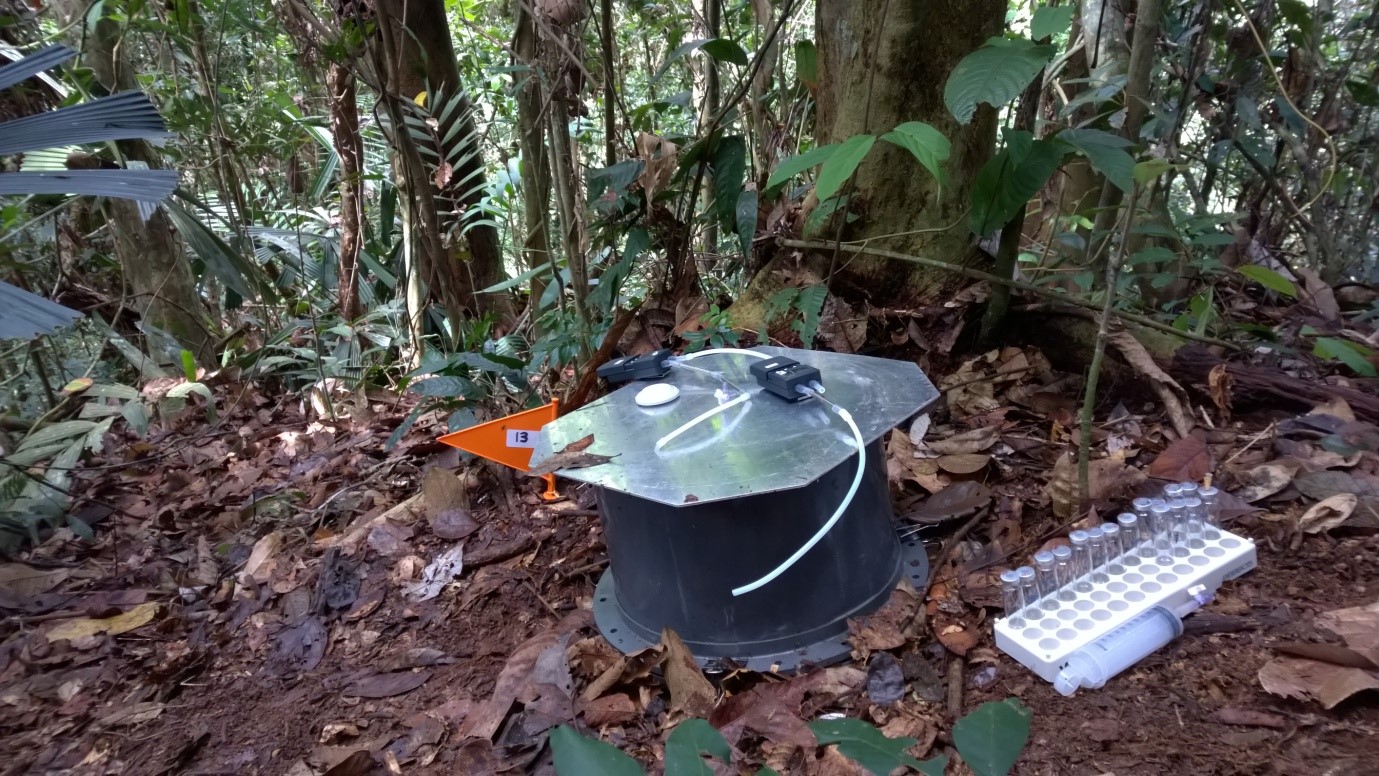 We had a lot of help installing the measurement sites from local RAs working at the SAFE landscape and a PhD student, Ms Melissa Leduning, from Universiti Malaysia Sabah, supervised by Dr Justin Sentian and Ute Skiba. In return we have trained two RAs and the student to take care of some of the measurements in our absence. The GHG and bVOC analyses will be done at CEH's Edinburgh site.

Our work is highly topical, as globally deforestation is continuing at a rate of 12.9 million ha‑1 y-1, primarily as a result of converting forests to agricultural land in South America, Africa and Asia (FAO, 2006). Land use change from forestry invariably requires logging, sometimes tree stump removal, drainage, and ploughing. In the short term these destructive activities will increase microbial decomposition and mineralisation and lead to increased emissions of CO2, N2O and CH4 (Yashiro et al, 2008).  It has been estimated that humid tropical primary forests grown on mineral soil lose about 30% of their carbon stock when converted to oil palm plantations or agricultural land (Murty et al, 2002). Land use change from forestry invariably increases N2O emissions and reduces CH4 oxidations rates, in some cases turns CH4 oxidation to emissions, and will influence soil respiration and soil biogenic volatile organic carbon emissions. The rate of change and length of increased flux rates depends on soil type, drainage, rainfall, and land management. However relatively few studies have been undertaken, and there are high levels of uncertainty associated with estimates of trace gas fluxes during land use change. 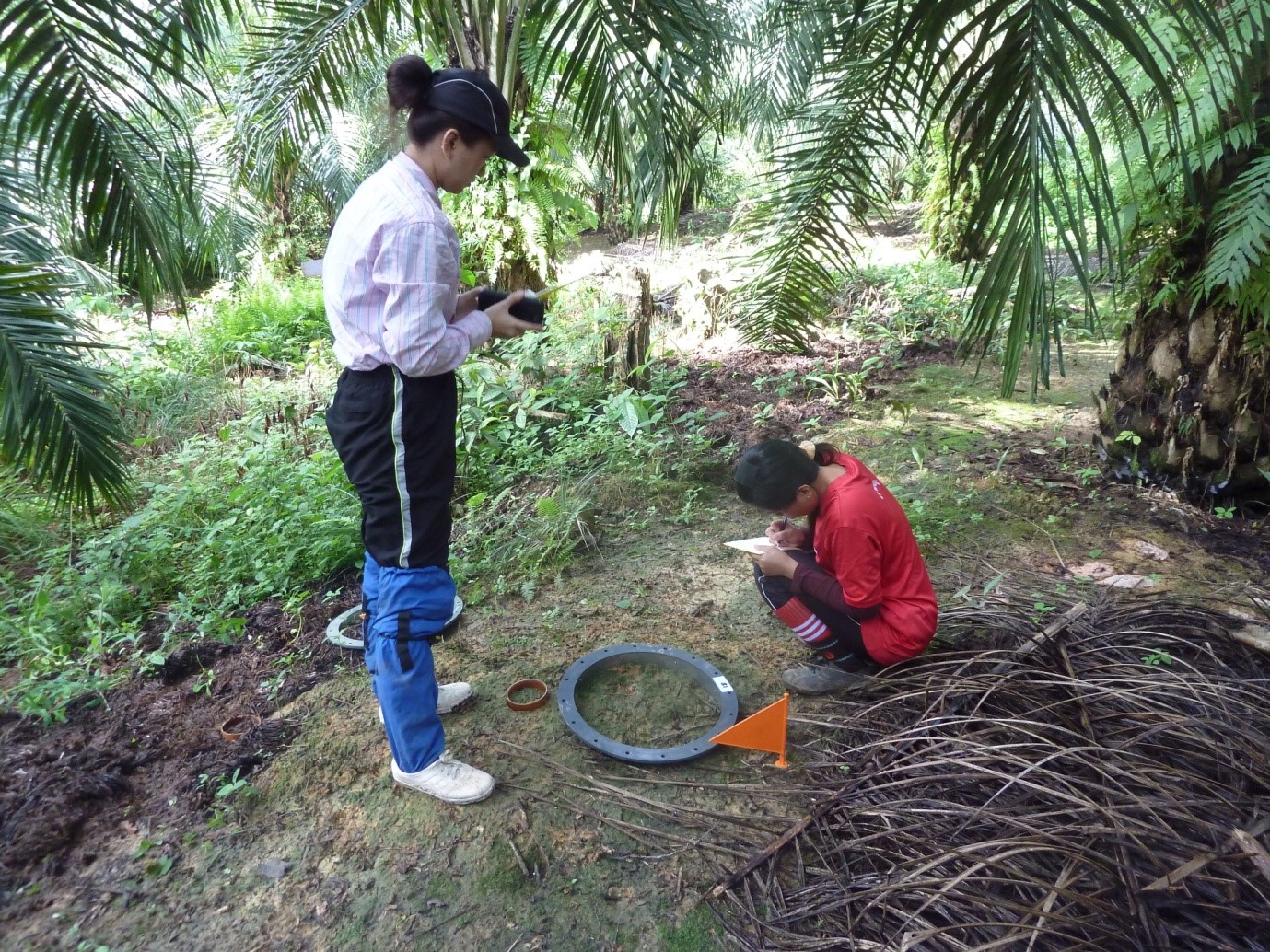 Image: Malaysian colleagues assist in the collection of data

Oil palm plantations are important parts of the Malaysian landscape and economy. To maintain competitiveness in the global market, reduce environmental pollution and deforestation there is interest to develop sustainable oil palm production. One aspect of sustainable production is to minimise the emissions of CO2, N2O and CH4 and bVOCs. The first step towards mitigation is to understand current emission rates and investigate how land use change will influence the microbial processes responsible for their production, which is the aim of this WPA.

Learn more by watching a video - click on the picture above.

LOMBOK (Land-use Options for Maintaining BiOdiversity and eKosystem functions) is part of the HMTF (Human Modified Tropical Forests) programme, a multidisciplinary consortium of researchers investigating biodiversity and the services it provides in human-modified tropical forests.

Click on the picture above to see a video which explains more.