The problem of antimicrobials in the environment has gained much prominence recently and it's a topic that the Centre for Ecology & Hydrology has been researching for many years. In 2009, an H1N1 influenza strain emerged from northern Mexico/southern United States and spread globally rapidly. The use of the antiviral oseltamivir (Tamiflu) in most high-income countries presented a unique environmental hazard—the widespread use of a novel drug in a short span of time. Dr Andrew Singer of CEH led research into the issue, reporting measurements of antibiotics in a major river, the Thames, during an influenza pandemic (read a thorough description of his research here).

In 2011 the publication of Chief Medical officer Professor Dame Sally Davies’ Annual Report vol 2 brought the national and global crisis of growing antimicrobial-resistant infections to the forefront. The report facilitated the inclusion of the challenge of antimicrobial resistance on the National Risk Register, joining pandemic influenza and emerging infectious disease.

Now with the issue more prominent than ever, CEH is collaborating on a series of projects, all of which are funded through UKRI, to address the challenges of antimicrobial resistance in the environment. Marking World Antibiotic Awareness Week (13-19 November 2017), Andrew brings us up to date on CEH research:

Working with the universities of Warwick and Exeter, and with Rothamsted Research, we are investigating the human activities that drive increased levels of antibiotic resistant bacteria across the river Thames catchment. Using cutting-edge DNA sequencing technologies and computational analyses, abundance and identity of more than 3000 different resistance genes will be determined at 40 sampling sites, in triplicate at three time points over one year, to capture impacts of seasonality and flow. We will also measure a range of antibiotic residues, metals and nutrients. 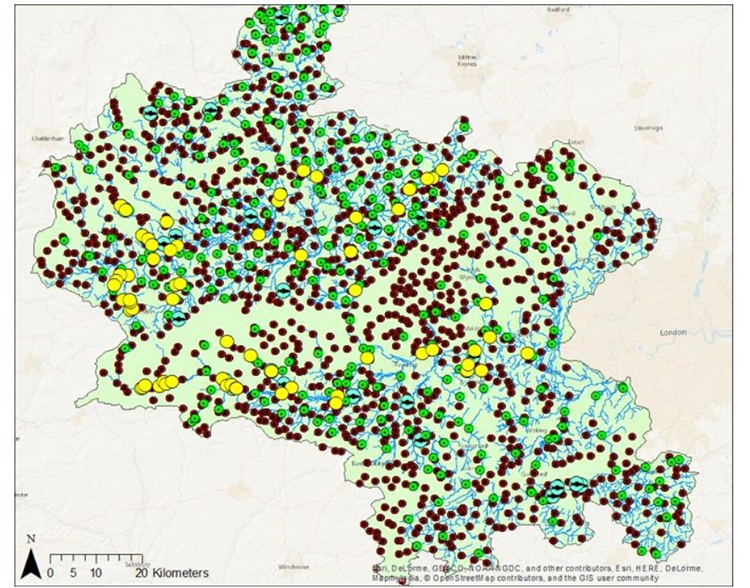 The Thames catchment study will help to determine the relative importance of different pathways that chemicals can take to enter the environment for selecting for and maintaining AMR. However, the study will not be able to conclusively determine which of the many chemicals in each of these pathways (antibacterials, antivirals, antifungals, antiparasitics, heavy metals, and biocides) is most important for driving AMR at any one location. A review paper, led by CEH and co-authored by Defra and the Environment Agency, explores this knowledge gap and their relevance to environmental regulators who are charged with mitigating this risk.

To address a small component of this knowledge gap, CEH is currently leading a Cross Research Council-Funded AMR in the Real World project, that aims to quantify the relative importance of a subset of antibiotics, metals, biocides and antibiotic resistance genes for driving and maintaining AMR in freshwater systems. The study is employing in situ river mesocosms (aka flumes), which allow for the replication of a river, within the river. 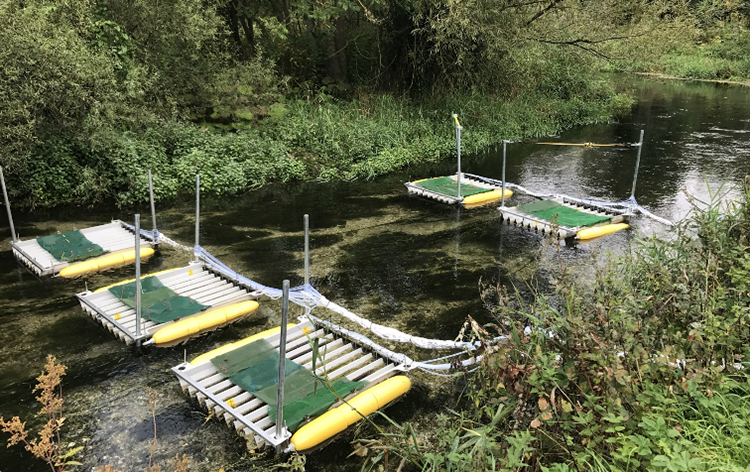 These pseudo-replicate rivers can be amended with an antimicrobial at a range of concentrations to determine the minimum selective concentration (MSC; eg. the lowest concentration of an antimicrobial that allows for the selection of the corresponding resistance gene(s)). The MSC could potentially be the regulatory target for an antimicrobial, thereby limiting the selection and dissemination of antimicrobial resistance. Katja Lehmann is leading on the implementation of the flume studies and their analysis using high-throughput deep sequencing and the downstream bioinformatics, while John Day is leading on the quantification of resistance genes and the method development and implementation of techniques, such as ‘inverse PCR’ and ‘epicPCR’.

Continued work in the area of AMR in the Environment aims to raise the profile of the importance of antimicrobial resistance in the environment for environmental and human health—a message that has (so far) been poorly adopted by policy makers. A few key publications (1, 2), blog post and a policy brief have been published highlighting this policy gap.

CEH also has a growing and thriving group of students who are examining different aspects of the challenges of AMR in the Environment.

Holly Tipper is a second year PhD student based at CEH's Wallingford site, supervised by Andrew Singer with co-supervision from Andrew Johnson at CEH and Will Gaze at the University of Exeter. Holly’s thesis will focus on examining the relationship between water pollution (antibiotic, biocide, metal load) in freshwater rivers and antimicrobial resistance selection in the microbiome of aquatic organisms from gammarus to fish to, potentially, water dogs (ie dogs that regularly swim) to otters. Her research involves collaboration with Jamie Lorimer at the University of Oxford, Matthew Avison of the University of Bristol and Liz Chadwick at Cardiff University. The aspiration is to use the microbiome as a proxy measure for antimicrobial selection, thereby simplifying and unifying the methodology for empowering environmental regulators and ultimately informing policymakers.

Louis Jolly is a second year PhD student based in Penryn, Cornwall at the University of Exeter, supervised by Will Gaze, Sean Comber at Plymouth University, and Andrew Singer at CEH. Louis’ research is on the role of metals in selecting and co-selecting resistance genes in the environment. His area of focus is the catchments that include historical mining in the mid- to western parts of Cornwall, which has a long history of mining along with a commensurate pollution legacy.

Jenny Shelton is just starting the first year of her PhD based at CEH, Wallingford and Imperial College London, supervised by Andrew Singer and Matt Fisher, respectively. Her research will explore the environmental drivers of fungal azole resistance. Jenny has an ongoing research interest in fungal diseases of frogs, which you can read a bit more about here.

Andrew spoke about antimicrobial resistance at a number of events in November 2017 which aimed to highlight the challenge to wider audiences.

On Tuesday 14th November, Andrew joined other experts for a Twitter chat #TalkAMR. You can read details of his answers here.

On Thursday 16th November, Andrew was part of the panel at Antibiotic Drug Resistance: a focus on the environment, an event at Manchester University

On Saturday 18th November, Andrew and colleagues from CEH and the Oxford Interdisciplinary Microbiome Project were in Wallingford, Oxfordshire talking to dog-walkers and analysing dog faeces as part of the Dogs and microbes pilot study.

On Friday 24th November, the Society for Applied Microbiology and Royal Society of Chemistry hosted a two-day conference on Antimicrobial resistance - meeting the challenge. Andrew spoke about our work on the spread of antibiotic residues and resistance genes into the aquatic environment.